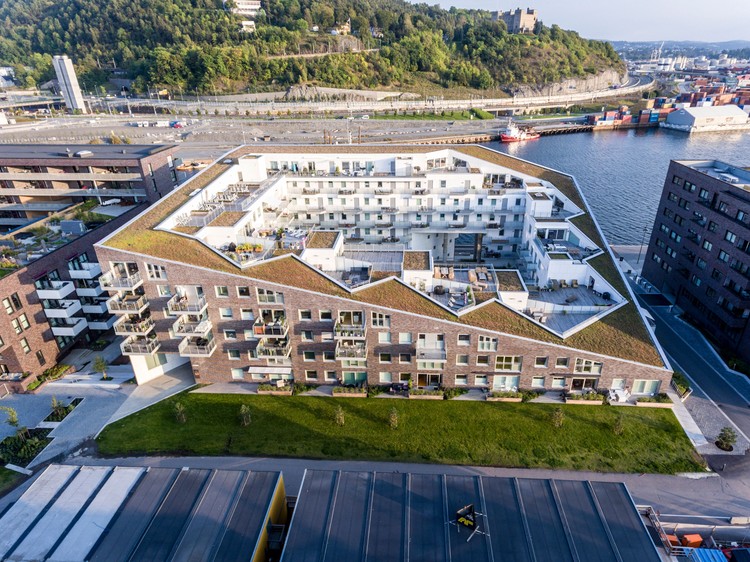 Text description provided by the architects. The Sørenga quay was until recently a container port in the eastern harbor of Oslo, near the medieval town. The redevelopment of Sørenga is part of the city’s major plans of reconnecting the city to the waterfront. While the Barcode and Tjuvholmen projects are extensions of the existing city structure, Sørenga is at the tip of what will be an entirely new district in Oslo, also comprising the Bispevika area which is still in its planning phase. The eight blocks on the Sørenga quay were planned by four architecture firms, and Block 6 is the most recent of the two blocks designed by Mad arkitekter.

Sørenga Block 6 is a residential block with 110 flats and a semi-public green courtyard. Two large, diagonally aligned passages cut through the block to bring the waterfront presence into the courtyard and central park of Sørenga, and vice versa. This visual connection invites visitors into and through the courtyard, and offers easy access for the residents.

Block 6 is adjacent to one of Sørengas perpendicular canals, and there is direct access to the fjord from basement level via two floating docks. With a practical storage room for kayaks and Norways largest outdoor sea bath within throwing distance, the residents of Sørenga enjoy qualities far beyond the fjord view. A Sørenga resident reportedly caught a seatrout from his balcony!

The characteristic sloped roof of Block 6 brings a lot of daylight into the courtyard and the flats within. Also, the sloped structure offers generous terraces and views for the rooftop flats. There is also a large, common rooftop terrace for all residents to use – for parties, cruise ship watching or for sunbathing when their private balconies are in the shade. Block 6 is eight storeys tall towards the boardwalk to the north, yet only one storey tall towards the central park to the south.

The outer and inner façades of Block 6 are in stark contrast to each other. While the outer ‘shell’ is the dark-yet-shiny brick developed specifically for all eight Sørenga blocks, the façades (and ceilings) within are bright white. This bright white cladding is Steni panels partially embossed with motifs from historic nautical charts of the inner Oslo Fjord. We like to say that the green roof is the 5th façade of the building, and that it creates a visual green link between the Sørenga central park and the green hills surrounding Oslo. 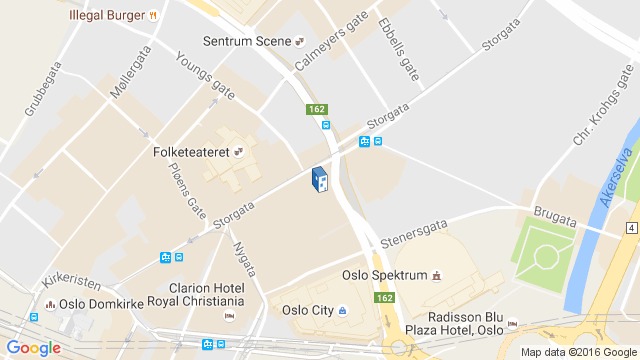 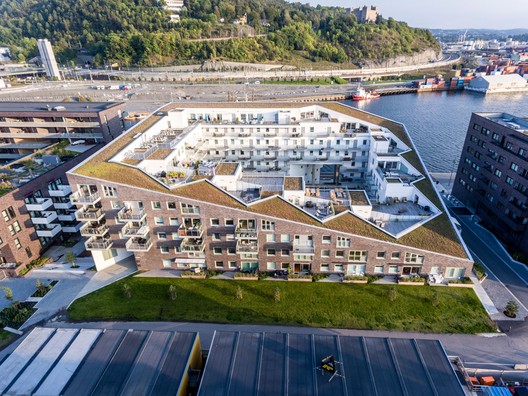