Danish firm CEBRA has released images of ARCTIC, a new museum and research center dedicated to the study and education of Greenland and the Arctic, to be located along the Hundested harbour in Halsnæs, Denmark. Although Greenland has been a part of the Kingdom of Denmark for over 600 years, ARCTIC will be the first museum or center that communicates the relationship between these countries through historic, contemporary and future perspectives. 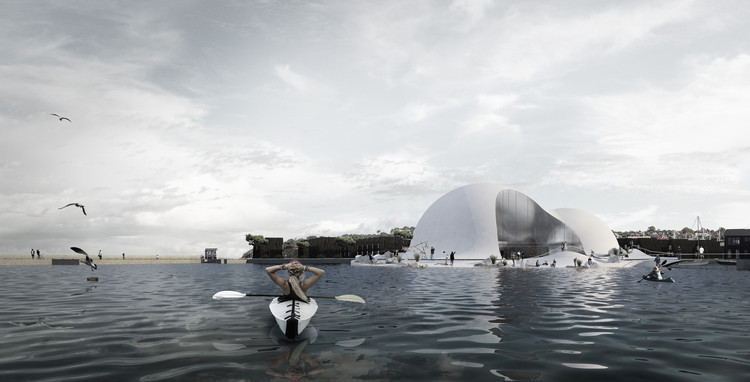 ”The idea is to create a place that currently does not exist in Denmark. A place where Greenland, the Arctic and Denmark are physically linked together, and which can provide visitors with experiences that promote a better understanding of the connections between Denmark, Greenland and the Arctic. A place where we can explore Greenland and the Arctic and where [polar researcher] Knud Rasmussen’s travel descriptions and stories can be expanded to include the history of the whole of the Arctic region – today and in the future,” explains Søren La Cour Jensen, Senior Curator and daily manager of Knud Rasmussen’s house in Hundested. “Just consider themes such as international politics, climate change, new shipping routes and raw materials.”

The design of the center has been inspired by the traditional architecture of the Arctic region as well as its bright, natural landscape to create an icon, in hopes of making the importance of arctic study literally more visible.

”The architecture is inspired by the Arctic forces of nature and the buildings with their rounded forms are designed to withstand this type of harsh climate,” explains architect and CEBRA partner Carsten Primdahl. ”A building with sculptural, round forms and curved lines will stand as an iconic and culture-bearing attraction for the town. A cultural attraction that will show the beauty and significance of the Arctic landscape.”

The building consists of three interlinking domes housing the various museum and research center program elements, and is surrounded by a series of outdoor spaces to allow visitors to fully take in the Hundested harborfront.

The team will now work with a group of stakeholders to refine the design and determine a construction schedule. 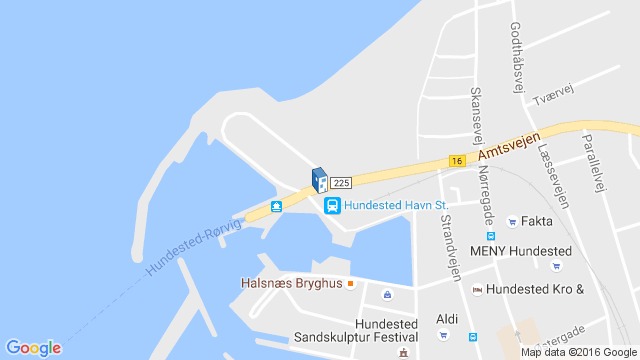 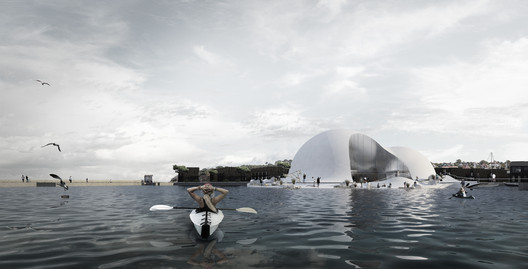