Save
The Unreliable Utopia of Auroville’s Architecture
Share
Or
Copy

Near Pondicherry in Southern Indian is Auroville, an experimental township devoted to the teachings of mystic philosopher Sri Aurobindo. The 20 square kilometer site was founded in 1968 by Aurobindo’s spiritual collaborator, Mirra Alfassa. Otherwise known as “The Mother,” she saw Auroville as a place “where men of all countries would be at home”. 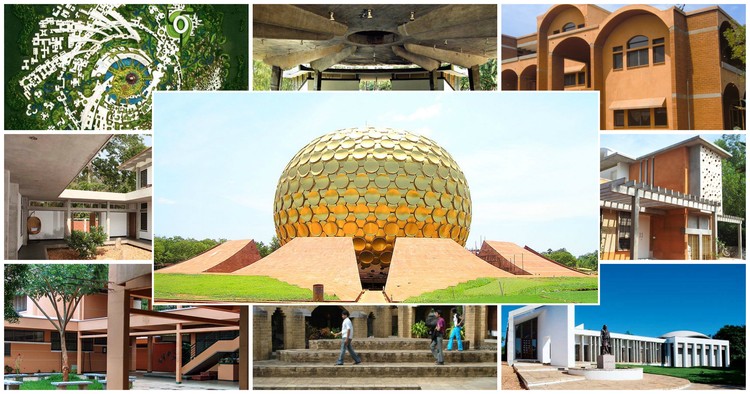 Today, Auroville has roughly 2,500 residents and continues to sustain itself, albeit to mixed results. On one hand, the Mother’s utopian vision has somewhat fallen short, with murders, suicides, visitors warned not to go out alone at night, and the questionable control of money in a theoretically “money-less” society.

On the other hand, Auroville is a hotbed of creative eco-experimentation, with the transformation of once-desert land into forest, solar panels powering much of the town, organic farming, and sustainable construction. This experimentation fits under Auroville’s charter as a “site of material and spiritual researches.” [1]

It’s not surprising then, that the architecture of Auroville is too, is an experimentally mixed bag. There are modern Kahn-like standalone houses, vernacular huts with thatched roofs, homogeneous clusters with names like “Aspiration” or “Solitude” and eco-friendly public centers dedicated to earth building, all around a central, gold, monumental building.

Below are just some of the buildings that make up Auroville’s unique built environment:

Quite literally the heart of Auroville is Matrimandir, a golden temple that sits at the centre of a galaxy-inspired master plan. Although Anger designed alongside the Mother upon his commission in 1965, the temple was not complete until 2008, taking a total of 37 years to build. Anger noted Le Corbusier as inspiration, for “genius in his use of form” and how he was “single-minded, bold in his conceptions.” [2] The contradiction between this top-down design inspiration and the Aurovillean ideals of equality is yet another paradox of the town.

Departing from Anger’s sculptural dictation, Iyer-Guigan is an architect drawn to self-building, prefabrication and alternative building technologies. Her Auroville Visitor Center is an expression of this, built in 1998 from compacted earth bricks and prefabricated ferrocement. It doubles as both a reception center and a demonstration complex where villagers can learn and hone their earth building techniques. [3]

Specializing in compressed stabilized earth blocks (CSEB), Maini headed the design of the Vikas Settlement, a four-story building built using CSEB. The blocks can be said to be more sustainable as they can be fired at 700-900 degrees Celsius instead of the 1,200 degrees required by concrete. The building's incorporation of renewable energy sources and wastewater management system earned it a place as a finalist for the World Habitat Award in 2000.

A resident of Auroville for the last 25 years, Doctor-Pingel considers sustainability as “a way of life and not an add-on.” Central to her design philosophy is Bauibiology, or Building Biology. This considers electromagnetic fields, natural materials and earth energies in a design process that seeks planetary harmony. The Temple Tree Retreat is reflective of these respects, fusing greenery into its structure of terracotta blocks and cuddapah floor. 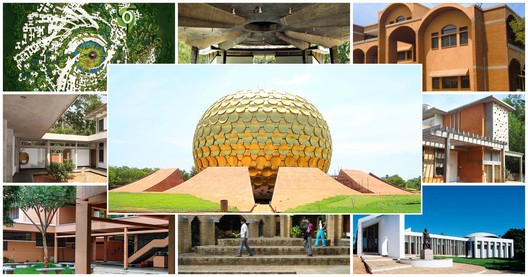