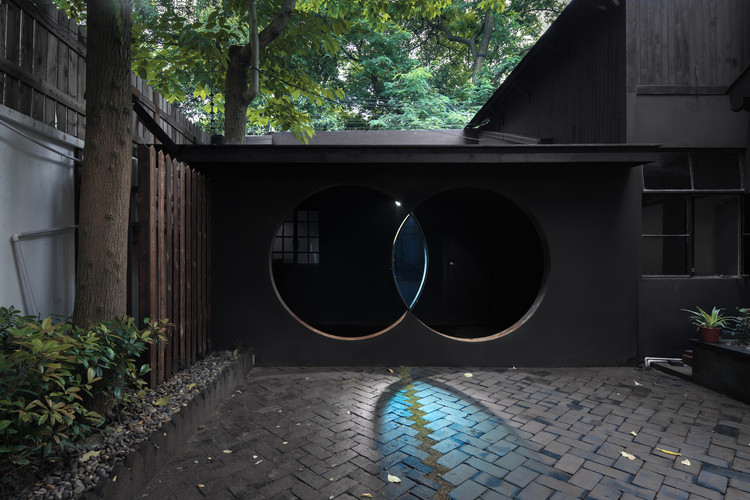 In this project, the architect was facing two challenges.  First of all, he needed to bring up the video company’s nature within very low budget. Second, the historic building was a former residence of a KMT General, which cannot be changed easily.

The architect ignored different material and building time, painting all parts of illegal structures in black, including canopy. Black unified the differences in detail, made allocated units become background of the main building and highlighted the main building. The historical expression of the site was divided into two parts, the white parts are official history while the black parts are the unofficial history. Same design philosophy was applied on the yard, old bricks were relayed, and   new bricks were added. As the old bricks and new bricks were in different sizes, a gap was leaving between two sets of bricks. The architect used grass to emphasize the gap, rather than to bury it.

The biggest move was applied on the porch which is opposite to the door. The architect used two circle to change the façade, the intersection part of two circles is like the third eye. In Chinese fairy tale, the third eye stands for supernatural talent, with which you can see what normal people cannot see. The third eye represents the video company’s pursue of discovering the unusual things that people cannot find in daily life. The architect used two blue glasses on the intersection. The blue stressed the symbol and activated the black to response to people’s moving. The sun shines through the blue glass, leaving a mystery shadow on the floor. The shadow brought life into the yard.

ps: There was no design layout in this project, the handcrafts accomplished the renovation according to draft and instruction. 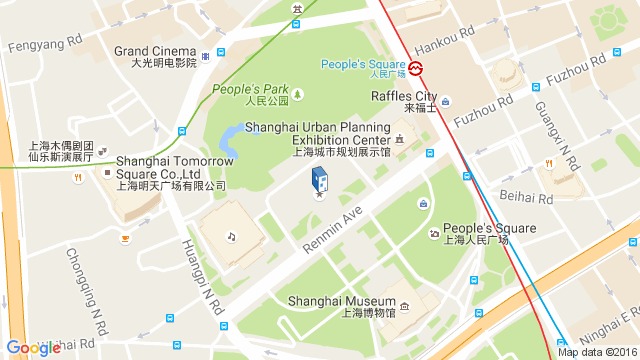 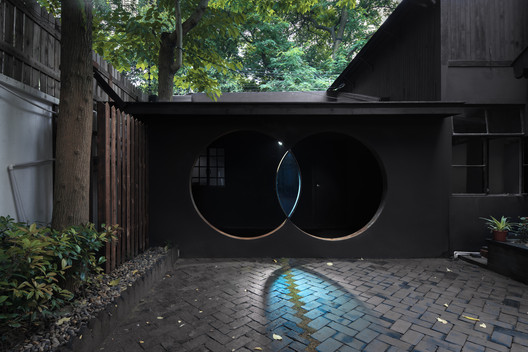