The explanation continues (emphasis ours):

• Based on objective factors, including how often others have searched for a word.
• Designed to reflect the range of info on the web. Because of this range, the search terms you see might sometimes seem strange or surprising.

In 2013, Memac Ogilvy & Mather Dubai launched an ad campaign for UN Women that used actual search suggestions to reveal staggering assumptions about gender. A few months later, Slate published a story that exposed how the search suggestions for scientists were... less than flattering.

So what can this great algorithm tell us about architecture—and perhaps more intriguingly, about a more universal perception of architecture and its practitioners? Not surprisingly, the algorithm suggests that people want to know why architects wear black, how to pronounce Bjarke Ingels and why it's "hard" to be an architect. But as we inspect Google's suggestions we are exposed to less obvious queries. The public wants to know if buildings have 13th floors. (?!?!) They are curious as to whether or not we can have tattoos, piercings and families (yes, yes and YES).  Is the late Zaha Hadid related to model Gigi Hadid? (No.) Do architects work inside or outside? (good question, it depends).

You may be asking yourself, "Ok… and? This is relevant to me, an ArchDaily reader who clearly knows the answer to all of these questions, because…?" We get it. But consider this a handy guide if you meet someone who is just starting architecture school, or if you have to deal with Aunt Martha at Thanksgiving. Tell them what architects do and what architecture is about. Explain your stance on whether or not architecture is art. Tell them that they can't commission Frank Lloyd Wright to design their house, but Frank Gehry is still in the business. Clarify that architects do need to be licensed but they are not required to drive (or even like) Saabs. And lament that in spite of all of the training and time spent laboring over how to build humanly-habitable spaces, people are most interested in Lego architecture. *sigh* 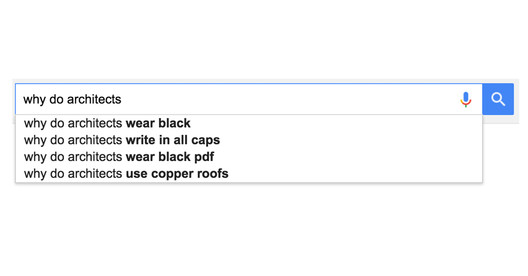