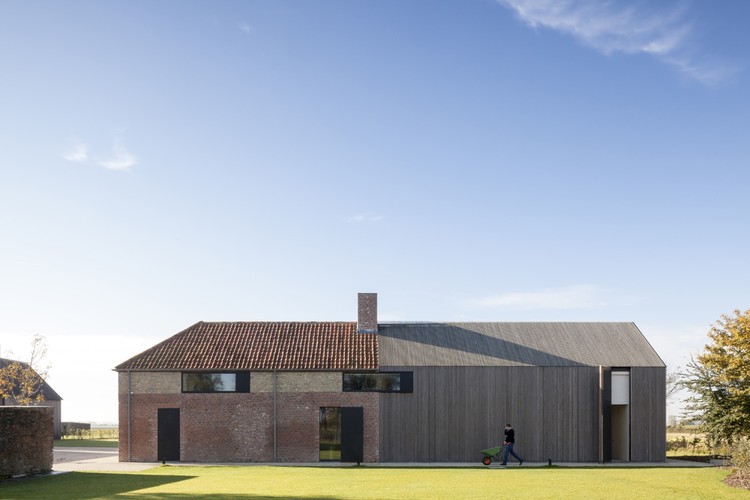 “A place is a space which has a distinct character,” Norberg-Schulz postulates in Genius Loci: Towards a Phenomenology of Architecture. Scanning the natural and built environment in search of hidden visual patterns and translating these elegantly into a contemporary architecture project is the mission he spreads. An empathy which is not unfamiliar to Govaert & Vanhoutte Architects. Owing to about five sensitive heritage sites on its curriculum, the Bruges situated architecture office already developed such an affinity with the historical architecture and atmosphere of West-Flanders that the approach for fortress Hazegras and its surroundings feels like a second nature.

A listed monument such as fortress Hazegras can carry several heritage values in its DNA. Just as the cords of the DNA-molecule can be considered as the spine holding all genetic data, Govaert & Vanhoutte Architects reads military, social, cultural, natural, infrastructural and technical information from the traces in and around farmhouse Burkeldijk. It concerns more than a sum of relicts from ancient times. Where formerly heritage particularly affected the safeguard of objects, the focus of heritage care today lies on preserving the ‘memory’ that heritage material bears. The broadening towards heritage ‘care’ means valorizing the intrinsic heritage value of our surroundings and creating possibilities to allow new positive developments.

For the transformation of the farmhouse into a residence, Govaert & Vanhoutte accurately cuts away non-valuable traces. Valuable historical constructions are thus brought into equilibrium with the scarcely added volumes. One wing of the U-shaped plan of the reduit of the Leopold fort is extruded to the north with office spaces which continue the building not only in plan, but also in sectional proportions. Out of this respectful continuation results the choice of material. Afrormosia baulks of 7 by 3 cm with an intermediate distance of 4 cm clearly and yet discretely pursue the rhythm of the gun-ports still visible in the reduit walls. Likewise, the tenor of the previous conversion from reduit to farmhouse is maintained. The meticulously chosen incisions of the façade openings explicitely amplify the scar between the red and the yellow brickwork. Simultaneously, the elegant sections of the metal window lining and the triple glazing stitch up the brick and wooden volumes.

Not only the materials of the outer skin but also the enfilade of spaces of the new volume reflect the local architecture of long farmhouses. Following the same theme, the rough scrubbed concrete and the softly rounded plastering is in subtle contrast with the exposed, restored timber roof frames and the newly added, but equally wooden interior volumes. Just as a fortress introverts itself for protection, the reading and working spaces are equally oriented towards the inner yard. The border between inside and outside fades because of the perpetuation of the washed concrete flooring reminiscent of cannon bases. As antithesis of a bastion the living spaces open up to the polders outside the former bulwark.

A new, subterranean passageway connects the transformed farmhouse with the enlarged barn. In this expansion a similar signature is recognisable. The sectional proportions are maintained, the choice of materials is the same, but both buildings with guest rooms are slightly shifted and slid apart. Here a glass weld around a part of the indoor swimming pool and the guest kitchen sews the volumes in brick and wood. Just like the shutters of the old barn, the sliding facades of the expansion offer the opportunity to seal off the guest complex entirely.

Not only the functional transformation of farmhouse and barn, but also the liberation, restoration and redevelopment of the relicts on site breathe an atmosphere of respect and distinct military poetry. In particular the artificial lighting around the four nearly identical concrete and brick WWI-bunkers southeast of the barn, lift the monoliths beyond banality.

By providing considerate attention to the buildings and their extremely charged surrounding, Govaert & Vanhoutte not only succeeds in reviving the character of the site in the farmhouse. The architects position this restauration and renovation with so much dignity and poetry in the polders that the project attains the original meaning of ‘Genius Loci’: the deity of the place.

History of fortress Hazegras
Fortress Hazegras is an exceptional site inbetween Knokke and Westkapelle near the Netherlands. The robust construction is not only one of the rare remnants of the Austrian reign in Flanders, moreover it is situated in an almost untouched cultural landscape. As the ultimate structure in a long sequence of fortifications, it has been raised to defend the zwin border and the drainage sluices of the reclaimed polders. The 1784 lock Hazegras is part of a bigger Austrian project including two other important locks alongside the Belgian coast. During an inspection visit Joseph II decides to secure the sluice with a fort. Within the fortification a stone watchhouse and  jail have been built; in the western part a sluicehouse has been erected. These constructions have been transformed into farmhouses in 1839, after the tensions between Belgium and the Netherlands. Still the outline of the rampart is read out of the plot structure. The course of the defence wall is visible as a slight elevation.

Little is known of this fortress, situated at the east of the 1622 Isabella and Teresia forts which were already dismantled at the end of the 18th century. The Hazegras fortification remained operational for a short period only, any form of blueprint is scarce and written sources equally rare. The reason hereof is probably the loss of the archives of the military cabinet (caisse de guerre, 1718-1794) duing a conflagration in the residence of the commander-in-chief during the Brabant revolution of 1789. The scarcity of resources hindered the research significantly. ‘Secondary’ sources such as De procesbundels van het Brugse Vrije have rendered assistance since the engineering corps made appeal to labour workers, provided by the local authority. The main resource however are the ruins on site, which had some surprises in store: the reduit of fortress Leopold –the in 1830 converted and restored Hazegras fort– appeared to be preserved as the farm Burkeldijk.

The entirety, enclosed by the streets Retranchement, Burkeldijk and Hazegras, is listed since October 15th 2003. The protected area thus includes the site of the fortresses Isabella and Hazegras with the new Hazegras sluice, bunkers from both world wars, meadows, farmland, dikes, ditches and roads with traces of plot structures, height differences and subterranean remnants of historical fortifications and locks. On the grounds of the former fortress three farms are situated: two in the street Retranchement (n° 17 and 19) and one on Burkeldijk – now converted into a family dwelling with guest rooms. The two latter contain structures going back to the period of fortress Hazegras. 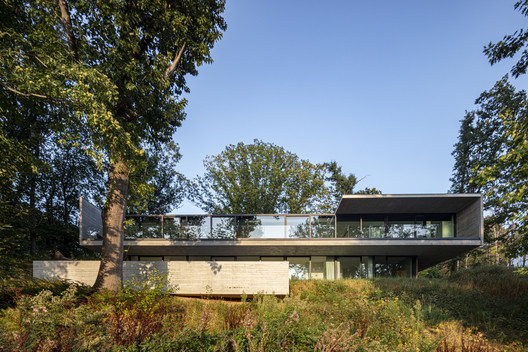