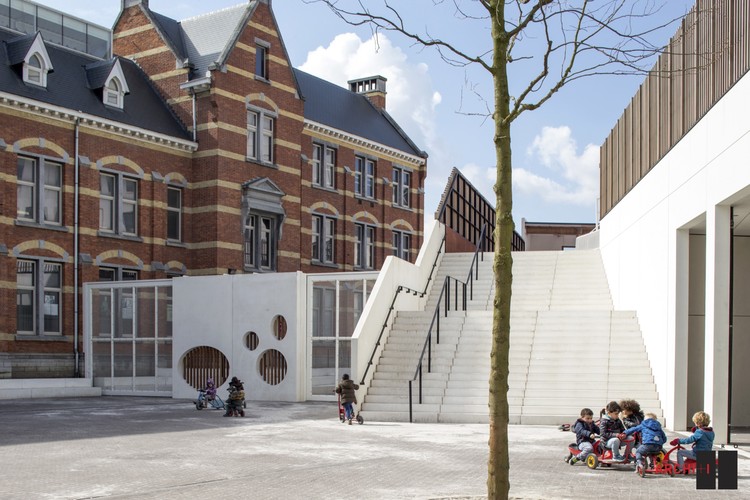 Text description provided by the architects. This project consists of a new child and teenager campus, comprising a kindergarten, a primary school and a secondary school. The building location for this new project lies in Antwerpen-North, along the Hardenvoort street, on the edge of the Park Spoor Noord.

The building has two faces: a city side with higher building volumes and the tower, and a ‘softer’ park side with several levels, making the building a transition zone between the park and the Hardenvoort street side, and linking it to the education facility building. The plan is to create a central lobby to connect the street and the park sides and provide double access to the complex. There is a student entrance on the park side and an entrance for visitors, neighbours and students who are late on the street side.

The site has a twofold relationship with the park: on the west side, a part of the park is focussed on teenagers (skating bowl, graf ti, part-time art education), while the south side is connected to the facilities for younger children (playground, recreational water features,...). Therefore, the basic concept is to situate the secondary school and the general rooms on the west side, and the kindergarten and primary school on the south-east side. This will create a logical connection to the park. The general rooms, such as the gym, will be located in the head of the building, the hinge between park and city. The neighbours can use this gym after hours.

The separate departments can be clearly seen within the building, just like the cascade of accompanying outside areas.

The kindergarten is oriented towards the inner area that offers more cover, while the departments for the older children are more open to the park and street sides of the project. The ground  oor will include a separate play ground for the toddlers, which will be closed to the other students. Large stairs will lead to another, communal playground, on the level of the cafeteria and the entrance to the primary school. As the child becomes older, the approach will become more open. Once the child becomes a teenager, they will have a wide view over the city and its surroundings. Because the plot is relatively small for the number of students that has to be housed here (680 students), most of the roofs will be used as playgrounds.

The building can be considered a passive school because of its thick insulation, the meticulous attention to soundproo ng, sun screens, a ventilation system with heat recuperation, and exterior carpentry with triple glazing. 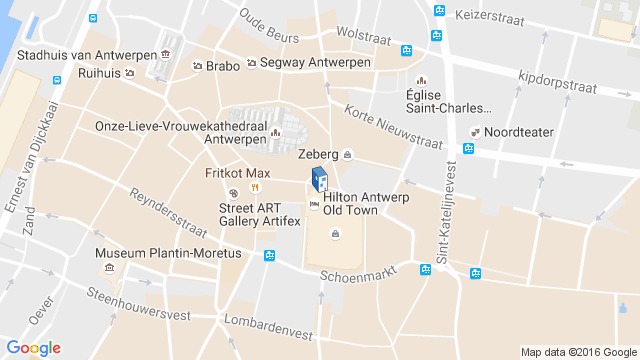 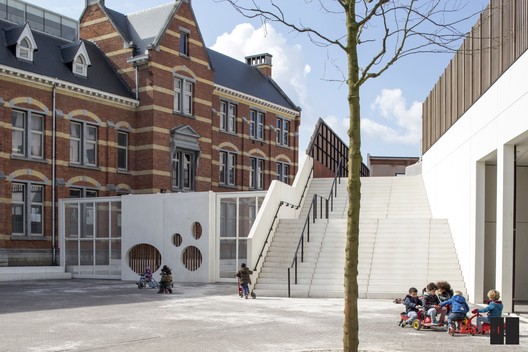