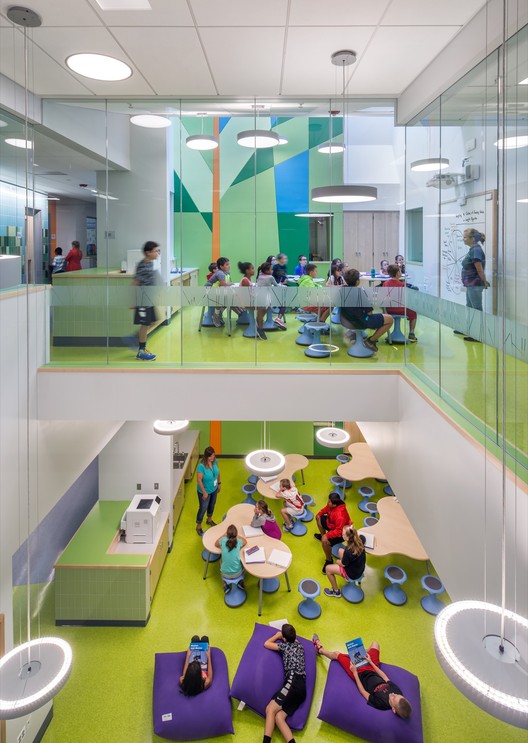 Text description provided by the architects. HMFH Architects worked closely with educators to develop the concept for this new grade 3-5 elementary school. The educational program for the school is built around a team teaching methodology and inclusionary instruction that makes use of directed learning, small group activities, skill building, individualized instruction, and project-based learning as well as other techniques to ensure that the needs of each student are addressed. This is reflected in the design that features a series of shared spaces and small learning communities for the school’s 985 students.

Reinterpreting the predecessor Woodland School’s open plan concept, the new school is organized around grade-level learning. Each grade occupies one floor in the academic wing, grouped into three smaller clusters of six classrooms with a learning commons just outside the classrooms. These common areas, including a media space, amphitheater, circular storytelling rooms and an array of project areas, encourage a range of flexible teaching approaches. Educators can easily shift from classroom environments to large-group events, team projects, and small-group work sessions in the adjacent learning commons. Sinks and flexible furniture are included within the project areas to support “messy” hands-on activities.

The school’s flexible academic wing was also designed for Woodland’s approach to differentiated instruction and RTI (Response to Intervention), in which students of differing abilities work in smaller groups in shared, small-group spaces next to pairs of classrooms. These small rooms are visible from the adjacent classrooms and allow students to stay near their “home base.”

Bookending the three-story academic wing are two wings housing core and community spaces: a dining/arts wing, which houses a cafeteria/performance space with stage, kitchen, music rooms, art rooms, a STEAM room, a viewing balcony, and administrative offices; and an athletic wing, containing a gym and a multipurpose wellness center.

The new Woodland Elementary School has allowed the Town of Milford to address several critical facility issues, including realignment of town-wide grade configuration that reunites grades 6-8 in a single middle school, first-stage implementation of a new district-wide educational technology program, and accommodation of a growing elementary-aged population. The new school was constructed adjacent to the existing school, which allowed students to safely attend school without disruption while the new school was built.

Product Description. The three-story academic wing is primarily clad with a concrete panel rain screen system. The concrete panels, in an 8-inch horizontal plank configuration, complement the brick masonry employed on the two-story ‘dining/arts’ and ‘athletic’ wings on either end in its range of texture and subdued color tones, as well as in its durability. The lightweight application and thinness of the product allow the panels to freely wrap the fold-out faces of classroom bay windows at the academic wing. Because of the directionality of the bay windows, the concrete panels are the most visible component of the façade until closer approach reveals bright colored panels in the fold of the bay windows, creating an element of surprise. 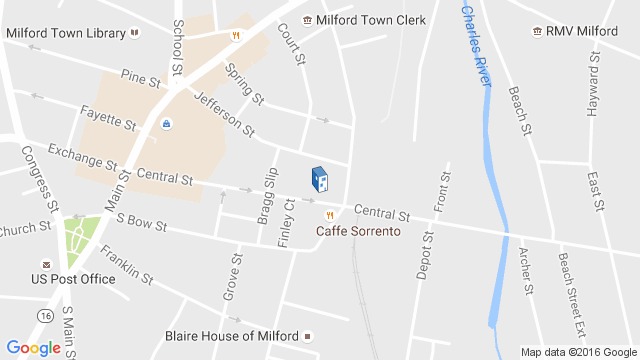 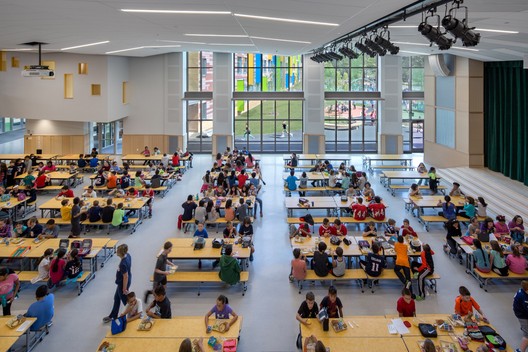