KCAP Architects & Planners in cooperation with Kunst + Herbert have won the international Fischbeker Reethan competition to master plan the Harburg district of Hamburg, Germany. The 70 hectare site is being developed by the IBA Hamburg (International Building Exhibition) as a new residential and business district with the aim of creating a “Garden City of the 21st Century.” The design will accommodate a total of 2,200 apartments, 100,000 square meters (1,080,000 square feet) of small industry space and nearly 200,000 square meters (2,150,000 square feet) of diverse public landscapes. 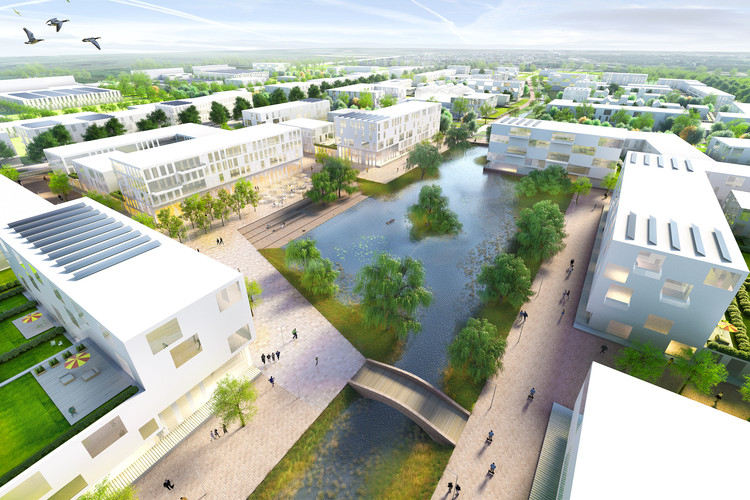 KCAP and Kunst + Herbert’s plan responds to existing the existing landscape to reveal a new, sustainable organization of living and working program pieces. Buildings have been arranged to optimize density of housing with innovative open spaces and community buildings.

"The connection with the landscape is the starting point for our design. We consider this functional mixture as an opportunity for the Fischbeker Reethen area and as a paradigm for the peripheral development of cities,” said Kees Christiaanse, partner at KCAP.

A variety of housing typologies have been placed in the center of the district, with green spaces and landscape extended out from the site in the form of fingers. A small plaza will contain a school and an artificial lake, linked to its surroundings through a boulevard. Housing and commercial functions will transition into alternative uses as the district reaches the rail zone located at its perimeter.

The central lake, an integral part of the design’s “green-blue” network of greenery and waterways, also plays a role in the neighborhood’s overall sustainability, serving as a basin for rainwater and energy management. 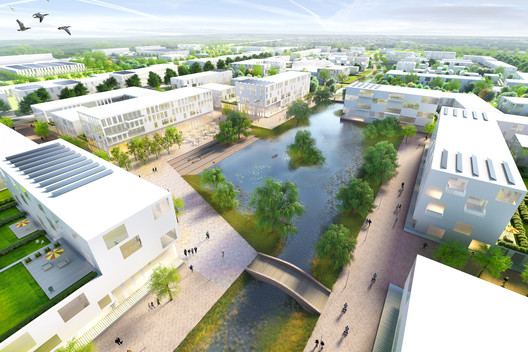