The existing Eichi Centre stands out through the composition and no-frills interaction of the simple cube. The rough plastering in various warm tones that is used on the facade comes alive with the interaction of light and intensity.

The centre was built in 1985 by the architect Walter Schindler and in 2007 the new schoolhouse annex was completed by our office. In mind of a continuation, we used the same facade materials for the sports / school hall extensions. The existing colour concept in warm orange-red tones is continued and extended with a new colour tone.

The multifunctional double sports hall appears as a compact structure and so forms the architectural completion of the school grounds to the south-west. The internal structure consists of a two-storey room overview to the west and the adjacent halls to the east. The stage is arranged on the long side of the new sports hall annex.

The new two-storey foyer is aligned with the outer sports area and has a generous glass facade. The toilets, office and outer equipment room are designed for the ground floor and are also accessible from outside. The change rooms and showers are found on the first floor and are accessible through a spectator gallery that is open to the halls. For fire prevention security, the halls and the new accesses are designed as one fire area. This allows an extremely variable usage – as the name “multifunctional hall” suggests. Emergency exits lead from all areas directly outside.

On the first floor a second corridor layer enables emergency exit to the south. Simultaneously, the possibility of partitioning creates the opportunity of additional dressing rooms which are directly connected with the stage through an internal staircase for theatre artists. A further advantage of the room layering is the resulting intimacy for the users of the dressing rooms.

The existing access from Rütiwiesenstrasse was extended and bituminised.

The access to the new multifunctional hall is regulated as follows:

Clubs and students are to use the new entrance on the ground floor, vis à vis from the classroom wing exit. Club members have the possibility to park their cars in the evenings and during the week in the delivery and stage areas.

For use of the multifunctional hall, the public entrance is through the existing foyer, which is accessible over the school yard and the nearby parking possibilities. The materialisation, lighting and colour concept of the existing foyer and existing sports hall have also been newly designed.

The existing sports hall lost its vertical window surface to the south through the construction of the new annex. Northern-oriented skylights were left. The existing supporting structure was calculated with the responsible engineer who calculated the structure in 1985. Aging of the concrete and the resulting higher compression strength allowed for individual circular perforations.

Due to expenditure, the idea of round and playfully ordered skylights was abandoned. As a creative compensation the architects integrated circular milling in - and plywood facing on - the exposed concrete walls. Generally the circle is omnipresent: round milling and perforations have been integrated in the concrete walls of the viewing gallery, respectively, the new walls being accordingly designed. Like jumping balls, a metaphor is formed with the circular milling, which makes the halls very attractive spatially. 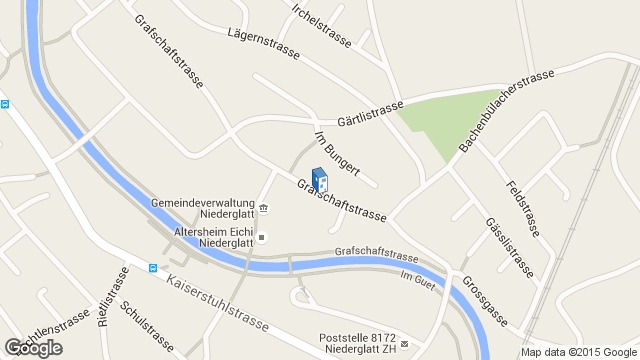