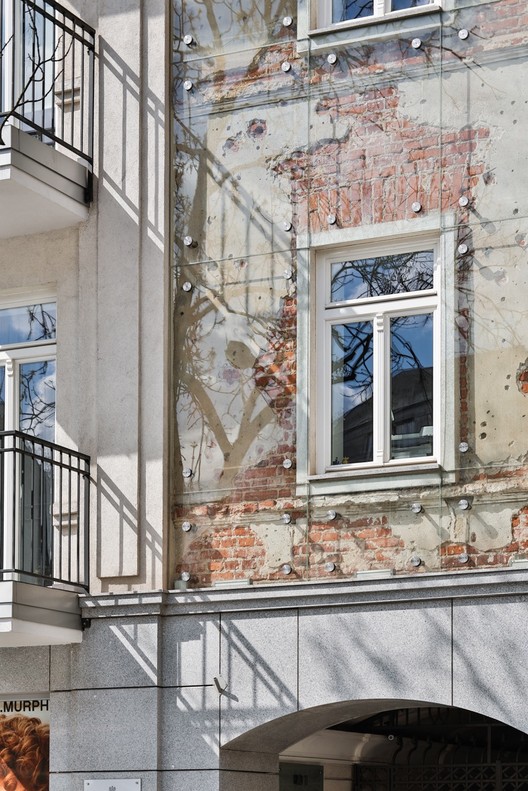 Text description provided by the architects. The project involved the revitalization and expansion of the quarter building at Wilcza Street 72 in Warsaw, Poland and conducting dialogue between the old and the new tissue housing. It was important to giving a second life of the building, which was witnessed Polish history and supplementing it with elements of contemporary architectural matter, according to the rules applicable thoughts conservation.

The building is situated in Warsaw Street Wilcza surrounded by pre-war buildings. Adjacent to the five-star hotel Rialto and a complex of buildings of Warsaw University of Technology. Besides special surrounding the building has retained on the facade holes after shelling in the war covered the glass and highlighted as a trace of history.

The building complements the dense fabric of downtown Warsaw and enriches the frontage of the existing building, which not only survived World War II, but it was also a witness to historical events.

In his classic style facade of the building raises the prestige of frontage and introduces architectural detail, which previously did not have a house. Light plaster and woodwork introduces a feeling of freshness. Summit of the front facade hides terrace apartment on the top floor. Simple in form of dormers in the roof bring French chic, and the ground floor encased in stone emphasizes the importance of town-sites, which enliven the space, inviting passers-by to your interior. Each of the apartments in the building have a balcony. Cured courtyard contains a small number of fixed elements due to its universal character. This is the place to integrate the inhabitants of the organization of various events. The building outside of the apartments have a private place all kinds of services: in the annexe is an architectural office in the ground floor facing the street hairdresser, pharmacy, in the space of housing: notary, dentist, lawyer, interior architect. A surprising feature is the two cantilever wooden blocks in the yard. One of them is the outbuilding architectural office, and the other two-storey apartment. An important element of the interior staircase is a glass lift and exposed brick.

These buildings remember the hard times of the war and it is why investor and architect wanted to emphasize the memorie by leaving traces of bullet holes on the front elevation, protected by glass and illuminated at night. The respect with which the investor came to the painful times in our history has been recognized in a number of articles devoted to building Wilcza 72. After 6 years of completion of the facility is still appreciated and collecting numerous accolades from users, guests and media, proving that the future is timeless architecture, which does not go blindly on the trendy styles, and adapts to the context and positively affects the prestige of the area. 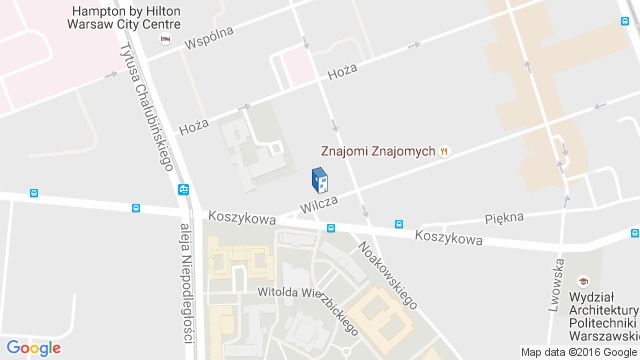 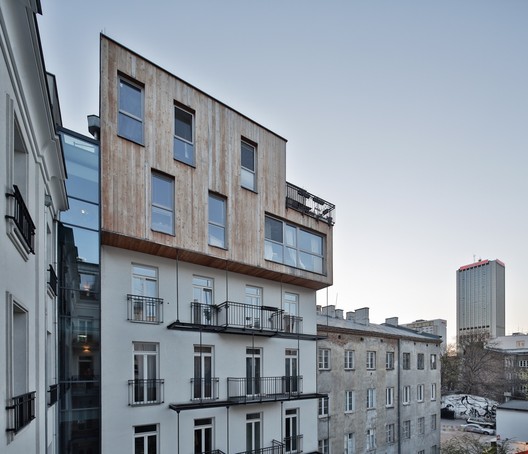