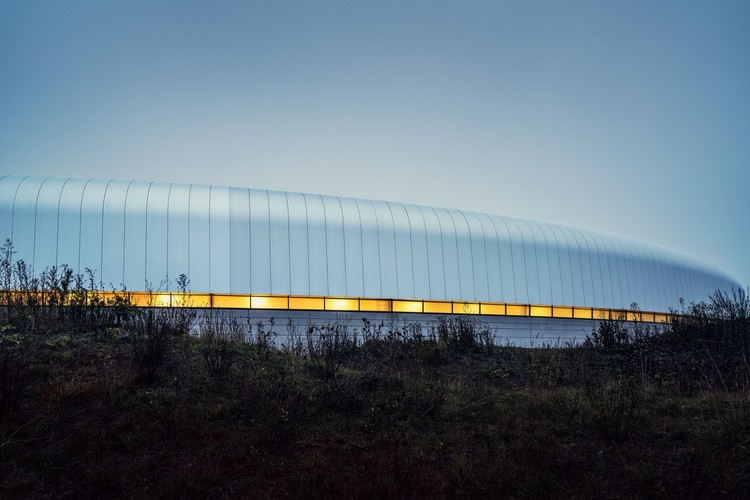 When electrons accelerated close to the speed of light are forced to change course from its linear direction, they release energy which transforms to soft and hard x-rays – synchrotron light – that can be used for examination of the material characteristics on molecule level. This kind of radiation was first observed in an accelerator at the laboratories of General Electrics at the end of the 1940s. The technique was further developed at Stanford University at the beginning of the 1950s. The first storage ring for synchrotron light in Sweden was MAX I built in the middle of the 1980s. The storage rings MAX II and MAX II were taken in use in 1996 and 2006. Today there are about 50 synchrotron light laboratories world-wide.

MAX IV differs from other similar facilities by its extremely low emittance and focused electron ray. Electrons are accelerated in a subterranean linear tunnel and then led up to two different types of storage rings, 1.5 GeV and 3 GeV, on the ground the level. When the synchrotron light is produced by changing its course it is led along beamlines where particular wave lengths are selected for the examination of test samples in different experiment stations.

Good architecture is recognized by a seemingly uncomplicated correlation between form and function. When organizing and designing the MAX IV facility we have focused on the researchers’ functional requirements and the characteristics of the location. The aim is that the high technology process of the facility is reflected by the exterior as well as the interior design.

MAX IV is a huge laboratory in constant development and change. All different building parts and units of the facility have their own specific requirements with regard to function, extent and life length. Some buildings and building parts are tailor made for their specific purposes, while others are given a more or less general design. Most units must be prepared for a wide range of ever changing functional requirements. First step of the de¬sign process was to map and define the specific requirements. Next step was to form an architectural language with the aim of giving the facility a distinct identity and a sustain¬able overall expression that allows changes and modifications for future use.

The brushed aluminium of the large experiment hall, the white clad office building with its sun shading device, the white concrete facades and the waving landscape constitute a clear and lasting image for the MAX IV facility. Detail design started in July 2010. Construction started in June 2011, and was completed in June 2015. The facility was inaugurated in June 2016. Environmental Certification: Sweden's first office building classed with BREEAM-SE – Level Excellent, EU Green Building – Level Gold and Miljöbyggnad Guld. MAX IV was awarded the Best Futura Project at MIPIM 2014.

Since 2011, Snøhetta has been working on the development of a unique landscape design for the MAX IV Laboratory. MAX IV is a national laboratory operated jointly by the Swedish Research Council and Lund University. The synchrotron facility is created by FOJAB architects, and Snøhetta has designed the 19 hectares landscape park. MAX IV was officially opened on June 21st 2016.

The landscape design is based on a set of unique parameters to support the performance of the laboratory research, including measures such as mitigating ground vibrations from nearby highways, storm water management, and meeting the city’s ambitious sustainability goals.

The MAX IV is the first part of a larger transformation of the area northeast of Lund aiming to turn agricultural land into a ‘Science City’. The creation of a new, green public park rather than a fenced, introverted research center makes a difference in the public realm. The MAX IV site is a green site, and the image of the meadow vegetation on sloping hills as a recreational area is setting a new standard for research facilities’ outdoor areas. MAX IV has been a collaborative process together with the client, consultants and construction developer.

The development of the landscape architecture design is based on four important criteria:

2 – Mass balance: With focus on optimizing the reuse of the excavated masses on site, a cut and fill strategy was employed. This secures the option of reversing the land to agricultural use when the synchrotron is no longer on site. By uploading the digital 3D model directly into the GPS-controlled bulldozers, we were able to relocate the masses to their final position in one operations, and no masses were transported off site.

3 – Storm water management: The city planning department of Lund restricts the quantity of water permitted to run into the city’s pipelines, and water management inside the site’s boundaries. Dry and wet ponds are therefore designed for both the 1-year and the 100-year storm water.

4 – Plant selection and maintenance: The discovery of the nearby natural reserve area at Kungsmarken made it possible to use a selection of natural species by harvesting hay and spreading it on the new, hilly landscape. The maintenance strategy includes a combination of grazing sheep and conventional machines suitable for meadow-land. 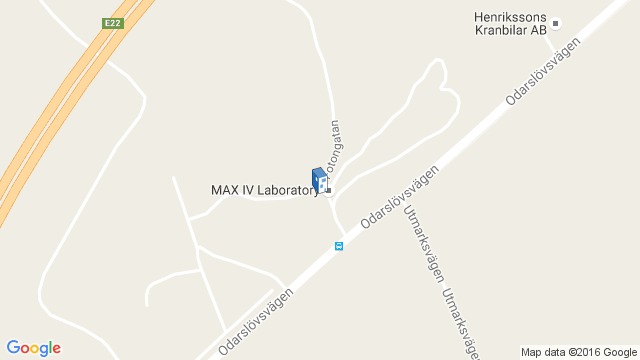