Save
Mariturri School / A54 arquitectos 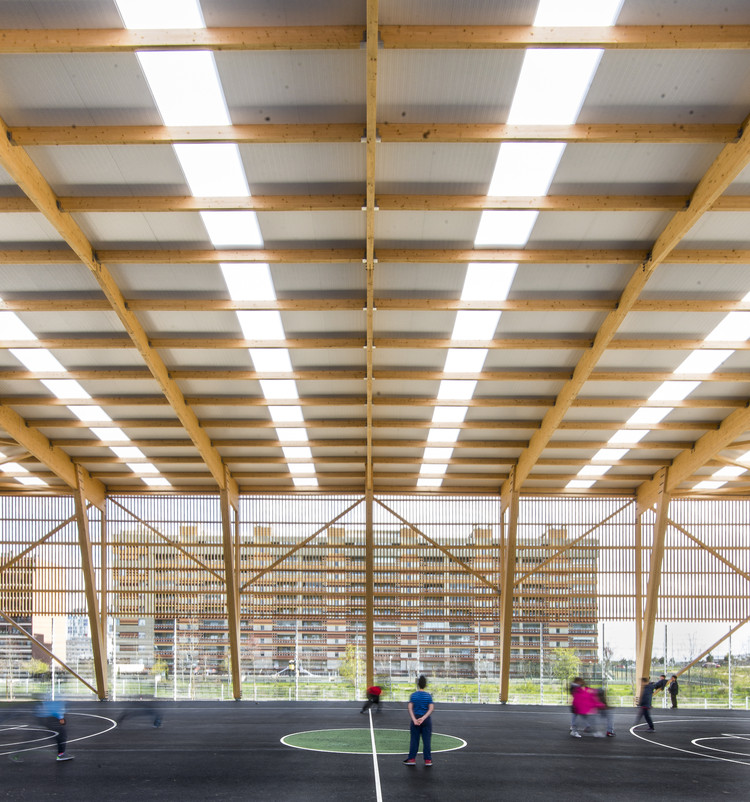 Text description provided by the architects. This building meets the increasing educational demand of the city of Vitoria, in a neighborhood that concentrates the biggest extension of collective dwelling during these last years, and where most of the childhood population live.

The plot is surrounded by a group of large size towers, in a green area crossed by the Zarauna creek. The building is planned as a low rise construction that tries to oxygenate the area and work as an inner courtyard.

After evaluation of the functionality of the programme, the topography, the orientation, the surroundings and the roadways around the plot, an L shape building was proposed, opened towards the sunniest orientations and most protected from the usual winds, so that the playground could be placed on the most favourable position.

The building, with a capacity for 693 pupils, houses the classrooms for the stages of primary school (6 to 12 years) and pre-school education (2 to 5 years), each of the levels being on each side of the L shape.

Both parts have been configured as two intersected prisms, defining the common spaces, complementary uses, and the main entrance to the school in their merging area.

The gable roofs respond to the surrounding, leaning themselves towards the playground, offering their most urban façade towards the outside and the human scale to the inside.

From the point of view of functionality, it has been sought for the most appropriate location for each of the uses, so that the connections among them could be clear and effective, reducing the circulation spaces; but respecting and discriminating the requirements and specific flows of each usage.

It has been used a precast construction solution, standardized and with regular geometries, avoiding façade developments larger than necessary, to reduce the perimeter of the building. The concept design follows the principles mentioned before, but keeping always in mind the volumes, composition, and proportion of the facades and interior spaces, conditioning the constructive solutions and material choosing.

In the playground, three sport courts have been projected (one of them covered). They have been adapted to the topography defining three different platforms; the first one, at ground floor level, and the other two, with a difference of 1m height. They are placed close to the gym, with a direct and covered access with exterior ramps.

During the design of the building bioclimatic strategies have been considered, such as orientation and protection of the classrooms from the sunlight, the design of installation systems and air circulation conditions, the choosing of the construction solutions and their isolating conditions, the supplying distances of each material etc. The standardization has supposed a reduction on the costs and working schedules. It has also been a challenge to propose construction systems with minimum maintenance.

The design of the interiors has been specially careful with accessibility and adaptation to the users, also while studying the chromatical compositions and signalization, in order to favor functionality and provide clear circulations. 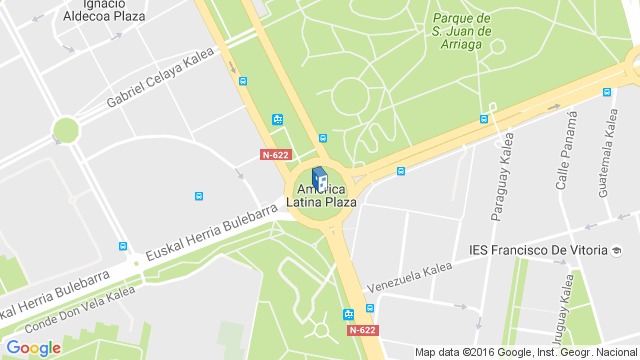 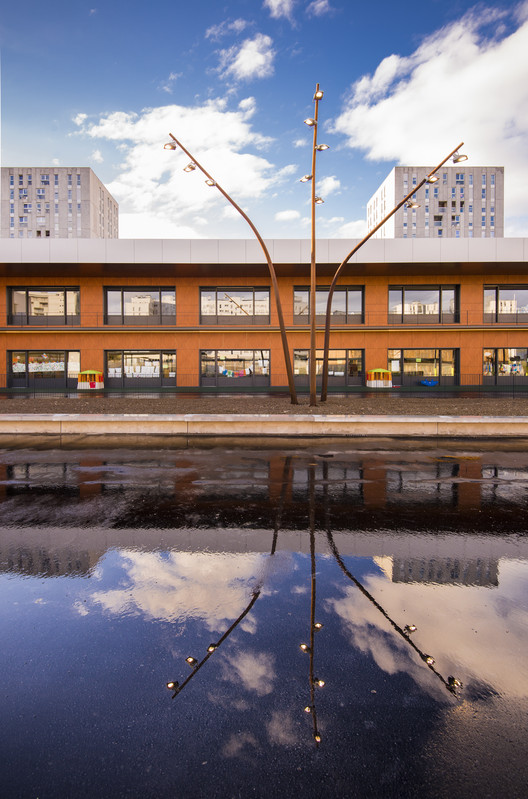 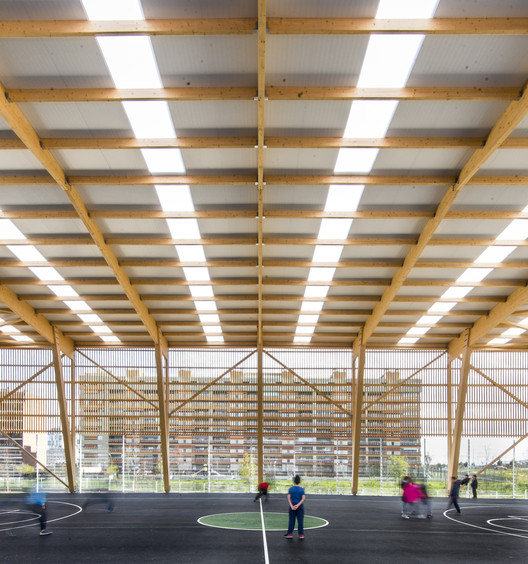