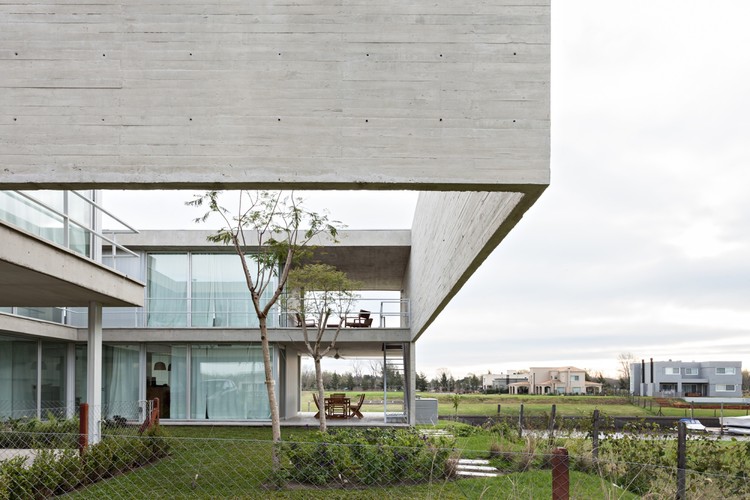 Text description provided by the architects. The commission is a house for a couple with four grown children.
The plot is located in a countryside neighborhood with access to Route 27 and to the Lujan River, in the town of Tigre in the northern suburbs of Buenos Aires.

The project is intended to be a criticism of the type of detached-house or typical villa, which swarms today’s gated communities. The project seeks to close itself off as much as possible to the street and neighbors, and work from a courtyard, open on the ground floor and more closed and private on the first floor, where the main living space is located - (living room, kitchen, dining room, bedroom and bathroom). On the ground floor there are located two offices and a recreational space that connects to the garden and pool.

In the patio/atrium three flower-jacarandas have been planted, which provide a significant change of color, and thus feel, to the space with the passing of the seasons.

The house rests on a concrete platform with inverted stiffening beams and is assembled with a mixed structure of reinforced concrete and steel columns that push the momentum of the flexion to its limits with a support system that runs through an prop up that vertically supports of the ends of the beams.

Plane eucalyptus boards of 3’’ (of various lengths) where used for the formwork to mold the beam partitions, and for the ceiling slabs finished multi-laminated phenolic plastic boards were used. 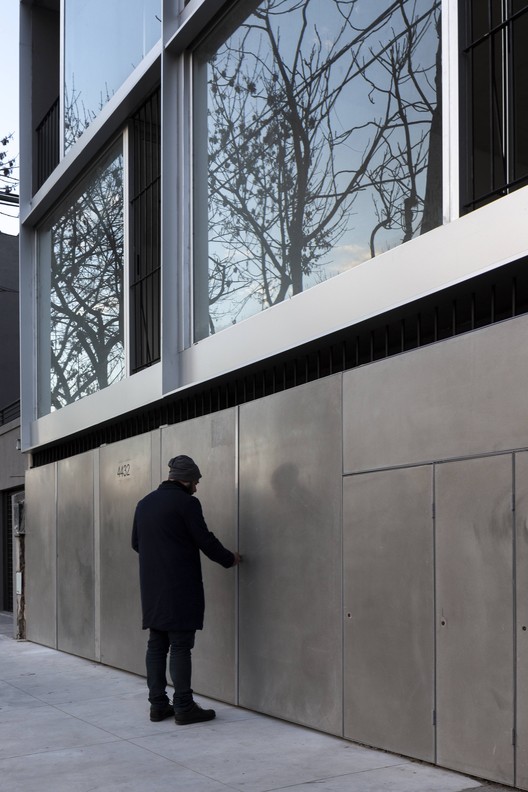 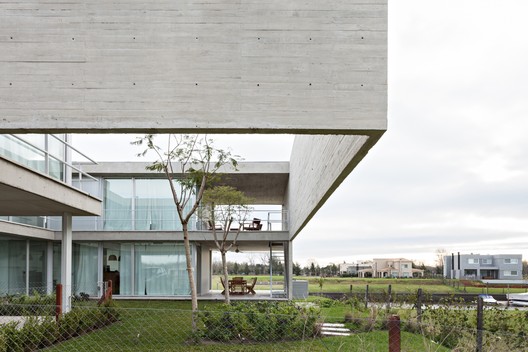