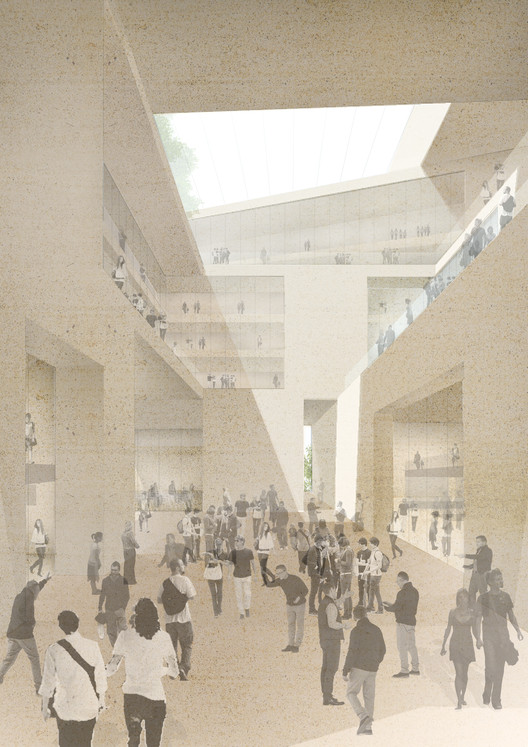 “This is a unique opportunity to create a distinctive place: a new kind of university quarter that captures the excitement and vitality that draws people to live, work and study in contemporary London,” said Gavin Henderson, Director, Stanton Williams. “Drawing on the energy of its East London setting, the Lee Valley’s legacy of industriousness and creativity, and the exceptional cultural and landscape setting of the Queen Elizabeth Olympic Park, this will be a place for curiosity, learning and collaboration engaged with the culture of the surrounding city. We feel privileged to have the opportunity to work with UCL and LLDC to deliver the vision for UCL East.”

“This is a fascinating project for a building that combines many uses – residential as well as academic.” said Alex Lifschutz about the Pool Street project. “We very much wish it also to become a place that local people visit and enjoy, to make contact with UCL and to engage in many inspiring conversations. We hope that this building together with its neighbour on the Queen Elizabeth Olympic Park are as much of a catalyst for this new campus as the Wilkins Building on Gower Street was for this most prestigious university in 1825.”

The complete East campus plan will accommodate 3,000 students and 625 staff members, including academics and researchers, and will cost an estimated £270 million. The scheme will also incorporate the Stratford Waterfront, which will include a new museum for the V&A, a theater for Sadler’s Wells, a new campus for the UAL’s London College of Fashion and a residential complex. The development is part of a larger £1.2 billion initiative to upgrade and expand university facilities, including at the school’s historic Bloomsbury campus, home to the acclaimed Bartlett School of Architecture.