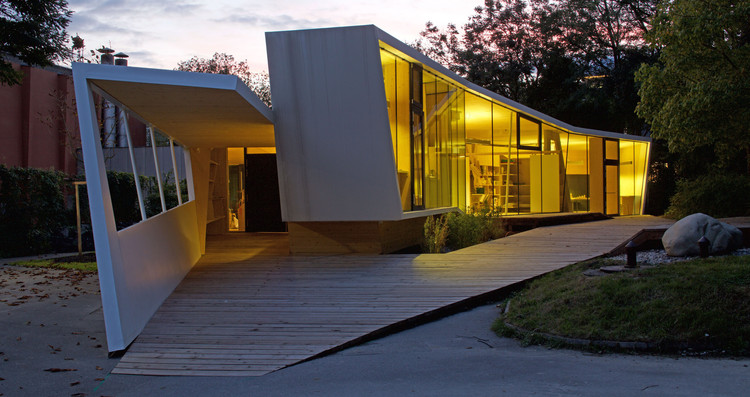 Text description provided by the architects. A vision has become reality. Bilding, a unique facility for aesthetic education and creative encouragement for children and youths has finally found its very own space in Innsbruck's Rapoldipark.

Based on the conceptual groundwork, that a voluntary group of architects connected to aut. architektur und tirol provided for the planning of this building, students of ./studio3 carried out the final design. Supervised by Walter Prenner, Verena Rauch and Wolfgang Pöschl 17 projects were submitted as bachelor theses. In December 2014 a jury selected Niklas Nalbach's project for further development. In cooperation with numerous companies and thanks to the gratuitous work of structural engineers, architects and expert planners the project was collectively developed for final construction. In mid April 2015 construction work began on the site provided by the city of Innsbruck. Thanks to the students' dedicated work effort, bilding was completed within just five months and at low-cost.

The result is a workshop resembling a pavilion that not only offers the perfect space for the children and youths working within, but also enriches the surrounding park with it's singular architecture. Outside decks and floor to ceiling glass walls connect the curved building to its surroundings and on the inside, slanting walls and floors create a continuum of spaces with various atmospheres and work opportunities.

An experimental space has been designed and constructed by young people for young people. A place for change, which sees education as “a work in progress”, and encourages active participation. bilding's extensive programme, starting this autumn, proves the opportunities offered by location and space.

We would like to thank all of those who provided their expertise and skill, their calling, their funds and their energy. It was only the cooperation of all these people, convinced that our children need such a place, which enabled the realisation of this new space of creativity. 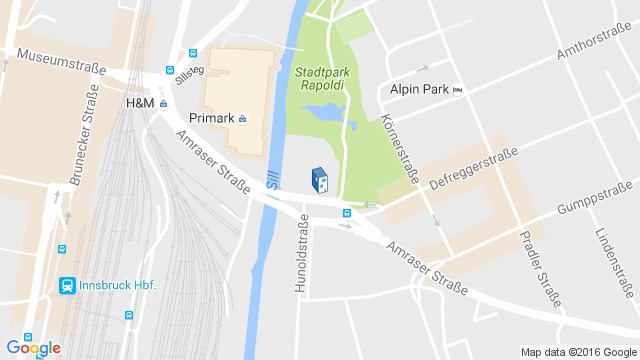 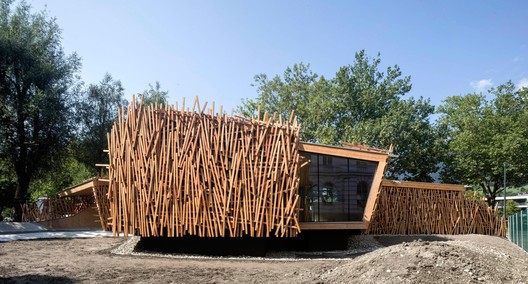