As Seoul’s population boomed, apartment blocks became commonplace. Photographer Manuel Alvarez Diestro spent 6 months exploring the city’s new towns, aiming to “reveal in visual terms the expansive nature of urbanization and the transformation of the landscape through the construction of these new housing developments of massive scale.” 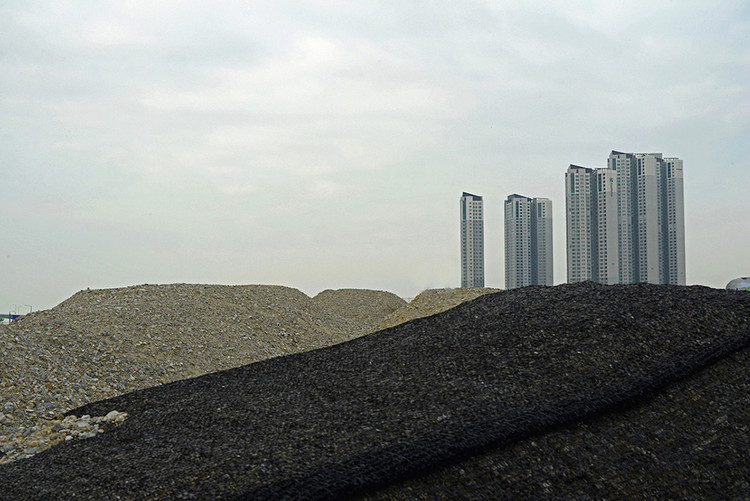 After liberation from Japanese rule in 1945, people migrated to Seoul from all parts of the country. City officials were unprepared to deal with such rapid expansion and urban squatter settlements developed next to the city’s four gates. It wasn’t until the mid-1960s that authorities cleared urban slums and developed a coherent city plan that featured 21 medium-density self-contained communities just outside the city limits.

Soon enough, the sprawling new towns merged, with ever more dwellings needed. Seoul’s authorities revised the 1966 plan and the first high-rise buildings mushroomed south of the Han River. Nowadays, new towns continue to grow on the city’s outskirts in order to decongest Seoul and keep pace with the population growth that has accompanied Korea’s economic success.

As Joochul Kum and Sang-Chuel Choe explain in Seoul: The Making of a Metropolis, “the physical growth of Seoul and its present social arrangement resulted more from accidental growth than rational, forward-looking political plans and decisions. Although there have been continuous government attempts to control and guide the process of growth, the overall growth of the city was largely based on the accumulated growth of many districts, sprawling one at a time.”[1]

High-rise buildings around Seoul are mainly developed by privately-owned companies. There is little coherent planning of the new towns, and public infrastructure fails to keep up. This in turn increases commuting time, and leads to self-containment on the city’s outskirts. But despite the lack of amenities and connecting infrastructure, residents still spend their days in central Seoul, with these "new towns" functioning primarily as bedroom communities.

For his photoset, Diestro went to the final station of each of the 18 subway lines across Seoul’s metropolitan area. Using his bicycle to explore large areas of land, he captured buildings whose surrounding earth was still stripped bare and churned from recent construction work. In his pictures, the new buildings float on the disturbed earth, disconnected from any surrounding urban structure: a poetic way to point out to the lack of coherent planning in Seoul’s urban development and the lack of connection to the rest of Seoul's urban landscape. 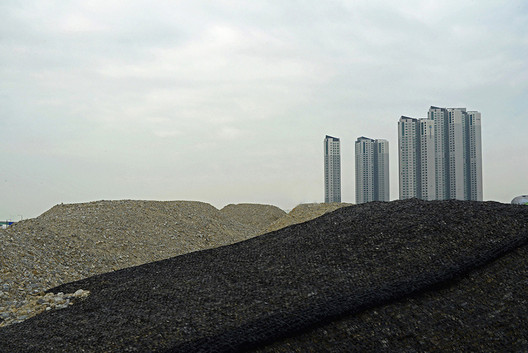