Through their international architecture competitions, Bee Breeders give young architects and designers the platform to question the social and political role of architecture. Their latest competition, a Cannabis Bank without a specified site, was an open-ended question into the role and relevance of the increasingly normalised substance. The judges selected three winners and six honorable mentions, all of which presented ideas that open up the discourse around cannabis and its integration into the built environment.

As the architecture of cannabis still remains undefined territory, it has historically been associated with refits of other building types such as tea houses, cafes, public houses or pharmacies. This ambiguity left the field open for entrants to be as fantastic and progressive as they desired, with respect to the impact of the program on their social context. The judges commented that the most successful projects presented a, "consideration of individual experience — medicinal, psychological, and spiritual; sensitive accommodation in space and circulation for both the intimate and social; clearly defined context and locale; and innovation of an undefined spatial, tectonic, and architectural typology." 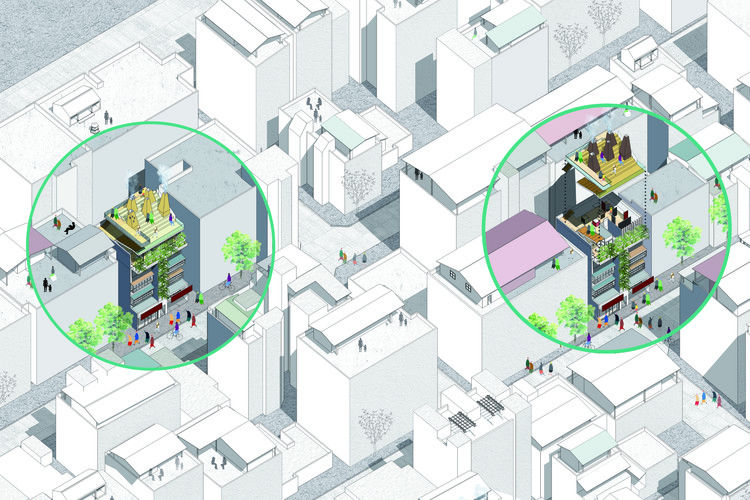 U-CAN distributes cannabis dispensaries across rooftops in Taiwan, in the ad hoc additions which are typically constructed by residents without permission from their local government. This draws a parallel between the illegality but social acceptance of these structures and the growing acceptance of cannabis, suggesting a sense of collectivity and cohesion that is above the law. The scheme sees private consultation rooms littered across the rooftops, marked by illuminated chimneys to reaffirm the peaceful presence of cannabis in the city. The scheme "plays the social and political ambiguities against each other" and comments on the prevalence of marginalised activities that take place far above ground level.

The second place proposal is situated in the medical research park of Barcelona, Spain, and was praised by the judges for its contextual relevance and political commentary. The sites adjacency to the beach presents a playful dichotomy of the medical and recreational aspects of cannabis. The external skin is covered in informational pamphlets, presenting a literal wall of information buffering the external from the protected interior. The interior houses a series of loosely organized rectilinear volumes, which open up to a central courtyard which functions as the key social gathering space. The recognizable silhouette of the curvilinear floating roof and regular base form an iconic building that can be readily identified and attributed to its cause.

The third place proposal takes the unassigned typology of cannabis architecture and marries it to the architecture of river boats. Acknowledging the historical importance of steamboats in the advancement of society, the boat brings with it new ideas and substances from outside of the known and accepted realm. Just as passenger boats evolved to places of great social extravagance, with their ball rooms and luxurious dining rooms, this project suggests that cannabis too can transgress from mere cargo to something of worth and prestige. The design sees the traditional program of the passenger boat subverted, with the great hall becoming "an intimate and other worldly meditative space for the use of medicinal Cannabis." 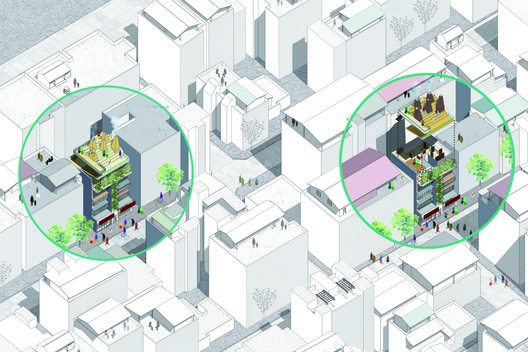