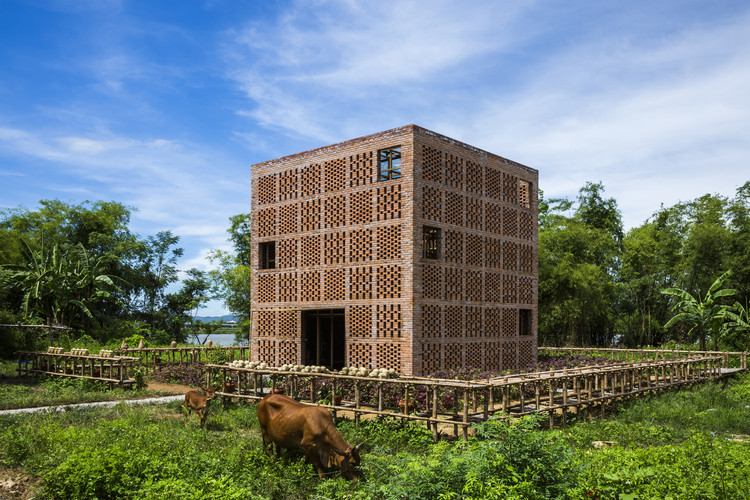 Text description provided by the architects. The project is located next to Thu Bon river, Dien Ban district, Quang Nam Province. This river has a huge interaction to local life on both side of it. Majority of the resident live depending on agriculture, besides with variety of traditional craft villages such as terra cotta, mat or silk.

This terra cotta workshop has its life follow the movement of this river. The Terra Cotta Studio is a working space of the eminent artist Le Duc Ha. The project is a cubed-shape building with the dimension of 7m x 7m x 7m. Surrounding the studio is a bamboo frame scaffold used for drying terra cotta products. It’s also designed with two big bench for resting, relaxing and having tea. At the same time, this scaffold also function as a fence to separate the studio with the whole space of workshop.

The exterior layer of the studio is made by clay solid brick, which reminds people about Vietnam traditional furnace. This area was also a part of Tra Kieu which was Champa Kingdom capital from 4th to 7th century, and the studio has a certain influence of Champa culture spirit. The bricks were built interleaved creating holes which help the wind ventilating and air conditioning. This layer is not the wall preventing outside environment from inside the studio, so the artist can feel the wind, the cool from river and sound of nature in surrounding area. Meanwhile, it also creates a certain privacy for the artist.

The interior of the studio is the three-floors wood frame system creating many space with dimension of 60cm x 60cm, which is function as the shelves to put terra cotta works, hallway and stairs. The height of the frame is 7 meters. Follow the hallways, people can observe the workshop, river banks and the whole garden through windows.The centre of the studio has 2 floors.In ground floor, there is a turning table that the artist works. The artist and his works can interact with the sunlight, from the sunrise to twilight. Here, people can find the conversation of the artist and his works; and himself with his shadow in the silence.

At the same time, people can feel and see the time passing terra cotta artworks by the movement of the sunlight. On the mezzanine, people can see many different space inside and outside the studio, as well as observe the artist working by the round void in the centre. This is also used for leaving stuffs of the workshop and the artist’s works in the flood which happens every year in this area. The design team desires the studio will be a place containing, contemplating and spreading emotion of the artist with his both finished and unfinished artworks. The project is a destination to meet and share for people who love terra cotta and want to have the experience with the clay.

Note: This project was originally published in july 17, 2016 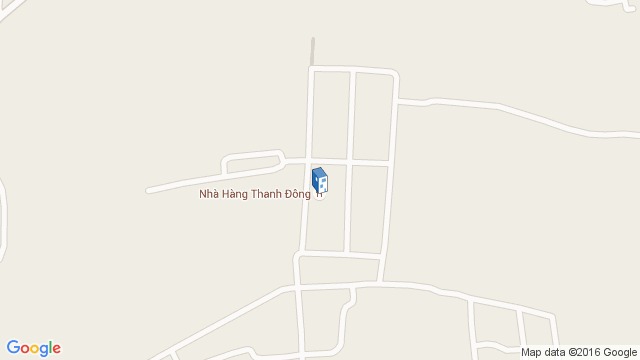 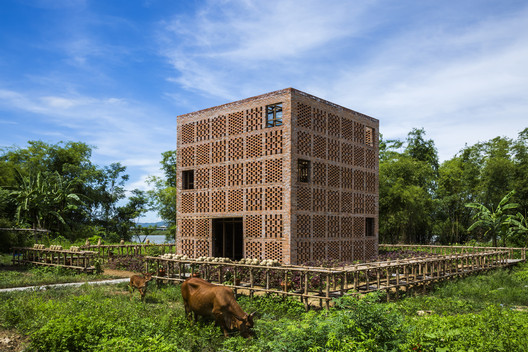