New Ludgate, a retail and commercial development located two blocks east of St. Paul’s Cathedral in downtown London, has been named the City of London Building of the Year 2016. The complex consists of two new buildings, One New Ludgate by Fletcher Priest Architects and Two New Ludgate by Sauerbruch Hutton. The award was given in recognition of “the buildings that support the ambitions of the City of London in delivering a world-class working environment, by evaluating both the quality of the architectural design and the impact the building has had on the city street scene.” 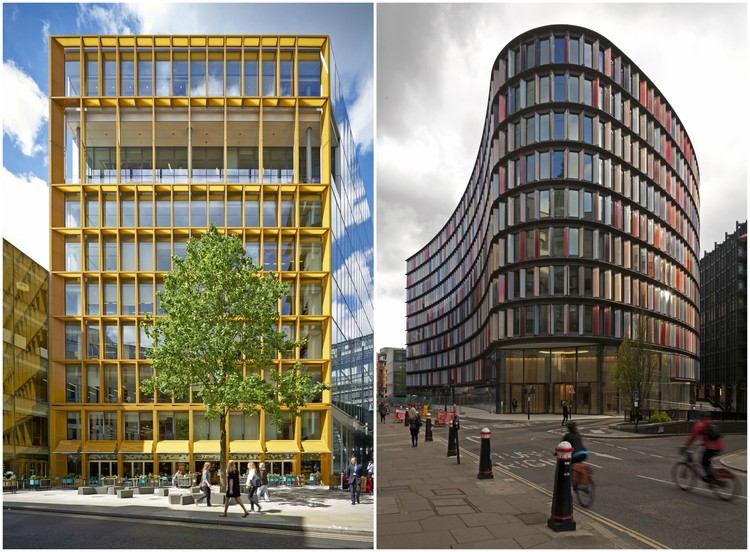 Additionally, a new award, the Livery Award, was created to commend the new Leathersellers’ Hall designed by Eric Parry Architects and the renovated Livery Hall for the Salters’ Company by dMFK by London Wall Place.

Jury chair Paul Finch, program director of the World Architecture Festival, said about the winning project, “The judges felt that an area of the city where you would not have wished to walk or linger has been transformed. An eyesore had been removed and a destination created, which through the skillful deployment of colour lifted both the eye and the spirit.”

New Ludgate was selected from a shortlist of projects including:

The City of London Building of the Year is organized by Worshipful Company of Chartered Architects (WCCA), and allows members of the public to nominate buildings they believe to be extraordinary examples of contemporary architecture throughout city.