Designed as a fusion of traditional Indian architecture and contemporary office space, the main objective of the project is “to reduce heat gain and optimize façade opening ratio, ensuing no artificial lighting is required on a typical day.” 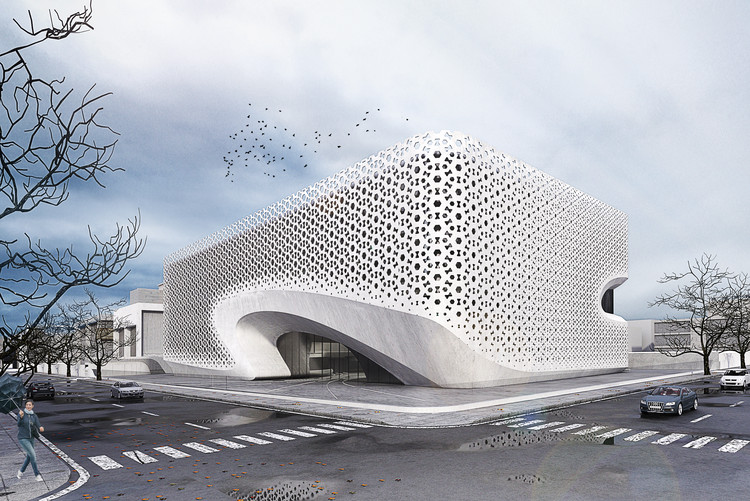 With this in mind, the design centers on an animated façade, which features a variation of opening ratios based on orientation, and that same time it reflects Indian culture, through its resemblance to the traditional “Jali” screen pattern. In a press release the architect explains:

A hexagonal pattern was used as a base and through iterative process various porosity patterns were generated from it to create different light conditions. This resulted in a variable opacity condition in the facade that had a dual purpose of creating performative architecture and also created variable openings on the facade in various orientations generating a design for the facade that is animating and has an inherent meaning. This resulting pattern morphs from 81% opacity on the north facade to 27% opacity on the south facade, with an intermediate opacity of 54% on East and 62% on west facade respectively.

Through this façade, a Lux level of 500 is achieved on each floor plate at a workstation height, as well as a daylight factor of two over 80% of the floor plate. This optimized natural lighting plays a major role in the sustainability of the project.

Since the design looks at no artificial lighting it makes the user feel closer to nature by allowing office workers to use natural light. Furthermore, sustainability features of the project include cross ventilation and a reduction of heat gain.

Punjab Kesari Headquarters was commissioned in 2014, and began construction in August 2015. The project is set to open in January 2017. 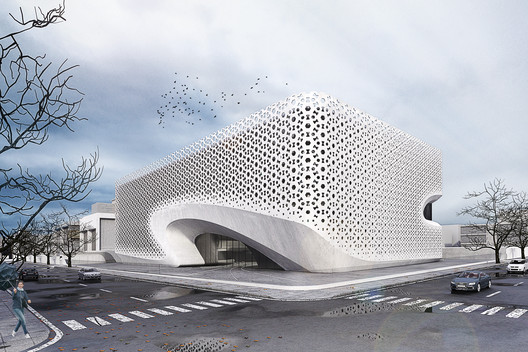