Save
Apartment in Paris / UBALT 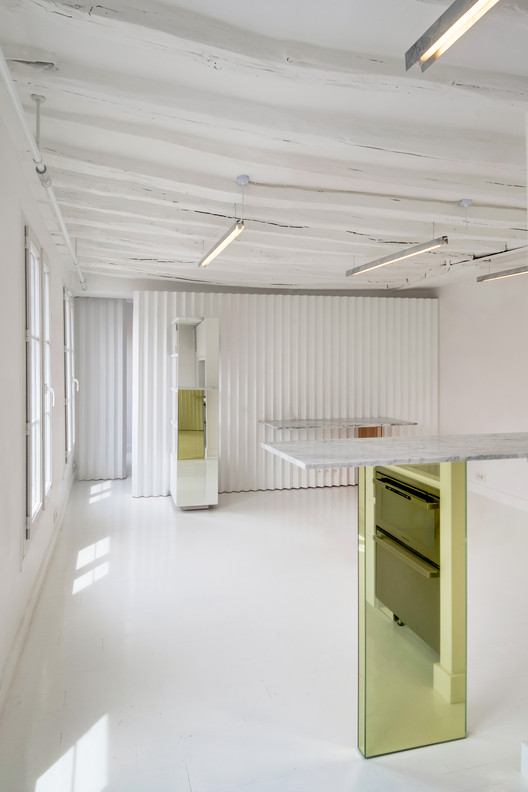 Text description provided by the architects. In this typical 17th Century flat located in the heart of the Marais, three working axes have structured the work :

- Within the 36 m2 space, there will be a bedroom, a dinner-area, a lounge, an office, a kitchen and a bathroom.

- There will be an illusion of a larger surface by visually lengthening the flat. - The space will be transformed while keeping the character of the old...

A compact and efficient technical block including the bathroom, toilets and kitchen will be located at one end of the flat in order to free a maximum space for the bedroom and the living-room. The bedroom, located at the other end will be separated from the living-room by a vibrating accordion partitioning. This partitioning will be designed to create an intimate and hidden access to the bedroom. The central space contained between the technical block and the bedroom will be dedicated to the living-room and the office. Every piece of furniture will be custom-made and have a specific function that fits in such a way as to create a pictorial composition.

The aim of the project is to create a stroboscopic effect in this originally long flat. Like the partition, no piece of furniture will reach the ceiling in order to expose the beams.

The same visual continuity is facilitated at the ground level by hollow joints and mirror covered items of furniture legs. Storage units such as the closet, the shelves, the kitchen furniture and the library are laid in thhe longitudinal axis of the flat, increasing the impression of length. On the contrary, the living areas, office and bar, are laid out in transverse of the flat. Custom-designed lamps are suspended between furniture and beams running lengthwise in the flat.

The flat has been entirely painted in white to emphasize the specific texture of each material. This work on texture can be found in the new elements that have been used: accordion, mosaic, marble and lacquers in a cameo of white. This neutrality of tints, barely disturbed by the light coming from the mirrors, will allow a subtle contrast between Old and New. 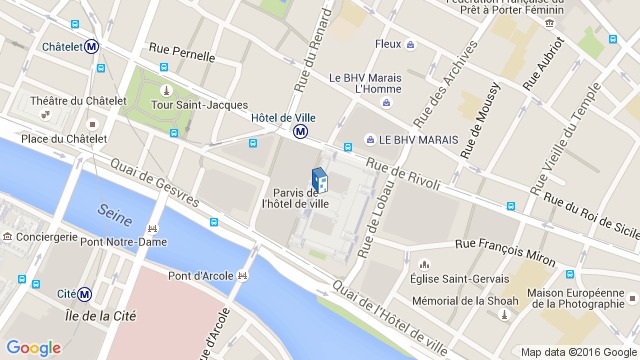 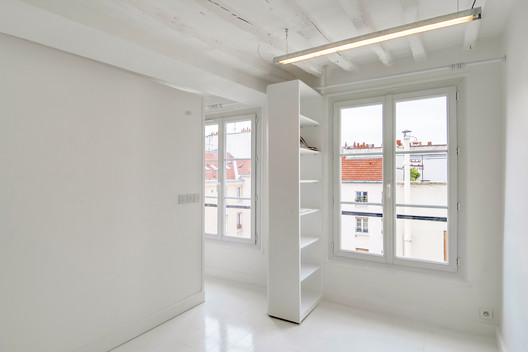