About two months ago, the proposal was presented to the Landmarks Preservation Commission, but failed to impress due to several structural changes, such as the removal of party walls and the alteration of the Neo-Federal façade into a Queen Anne style, which would diminish the historical significance of the properties.

With the new plan, however, the Neo-Federal façade will experience minor changes, some party walls will be retained, and the buildings will be kept to look like three separate buildings, tied together by a sunken front yard and an iron fence.

Furthermore, the rear of the project will feature an open glass and bronze façade, with large boulders on the lowermost level that resemble the large rocks of Central Park. 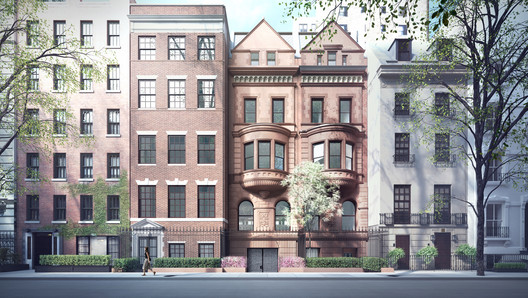