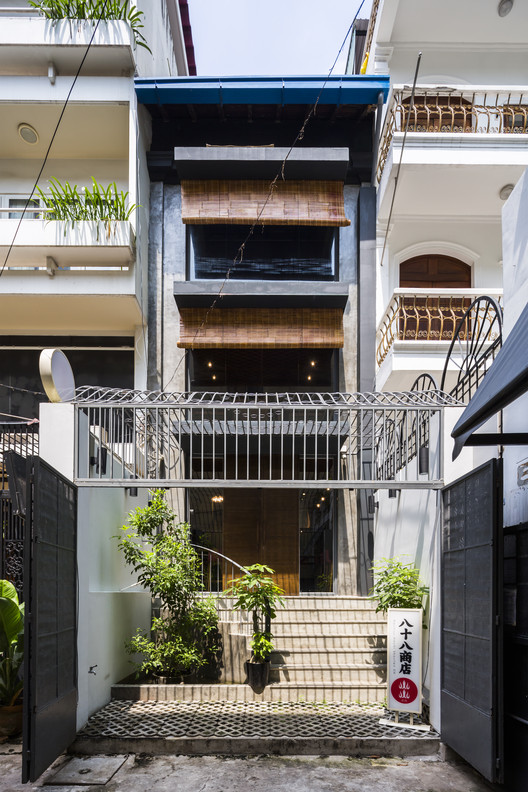 Text description provided by the architects. En means “flame” in Japanese. The restaurant is centered on the display cooking area in the kitchen. For this reason, we moved away from the traditional idea of a Japaness restaurant and revealed the kitchen and activity to the street. The design needed to be engaging because it is tucked away at the dead end of an alleyway in Ho Chi Minh’s Japanese area, Le Thanh Ton St.

In at typical Japanese restaurant you will pass through a small entrance in an unassuming façade and enter another world on the inside, greeted by a hearty “Irasshaimase!”. Just as the environment between the street outside is separated from the inside, spaces within are divided again into small pieces. Private rooms down a corridor, screens defining seating spaces, long thin counter tables skirting a long thin kitchen area.   In contrast, we tried to maximise the connection with the street by bringing seating to the front façade and increasing the glazed area. As you walk up the entry stairs to the 2 tall sliding doors, you can see diners upstairs enjoying their meal as they face the alleyway. The original 2-storey building has been filled with platforms to create 3 levels of seating spaces, to stack as much activity near the entry as possible and to create a connection with the kitchen below.

To create a vertical connection and sense of volume, we hollowed out the front half of the building to connect the platform levels and the rafters of the roof above. From different seating positions you can see the flames, hear the activity around you and smell the charcoal cooking below. We not only hollowed the space, but also striped the old tube house back to its bricks and rafters. By exposing these parts of the building, we were able to reveal the building’s original materials and form. Afer removing the 2nd floor ceiling we discovered there were no walls from the ceiling level up to the pitch of the roof. The building had been relying on the abutting buildings to shield the roof space from the elements. Once the vulnerability of the existing walls and roof were revealed the workers were able to fix them and prevent further degradation. The 2 ducts from the exhaust of the charcoal grill are used as an element to connect vertically through the space.

The back of the restaurant offers more typical Japanese restaurant spaces. Compartment rooms, a VIP horikotatsu (in floor seating) and open horikotatsu rooms. A motif fitting with the “flame” cooking style was abstracted from the radiating rays of the rising sun. It has been used as a screening and decorative element throughout the restaurant. By layering the brick and rafter textures of the existing building with raw materials like concrete and timber and the overlay of this motif, we aimed to achieve a warm rich space, bringing a refreshing new experience of Japanese food in the Vietnam. 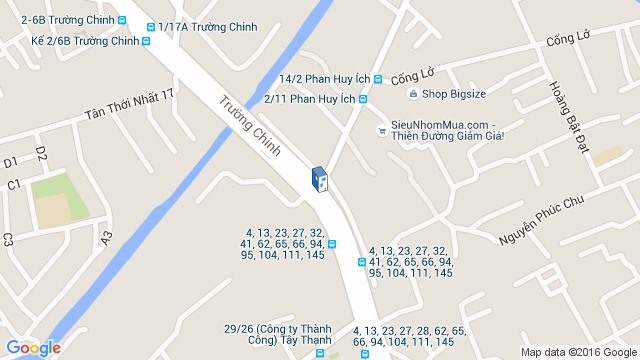