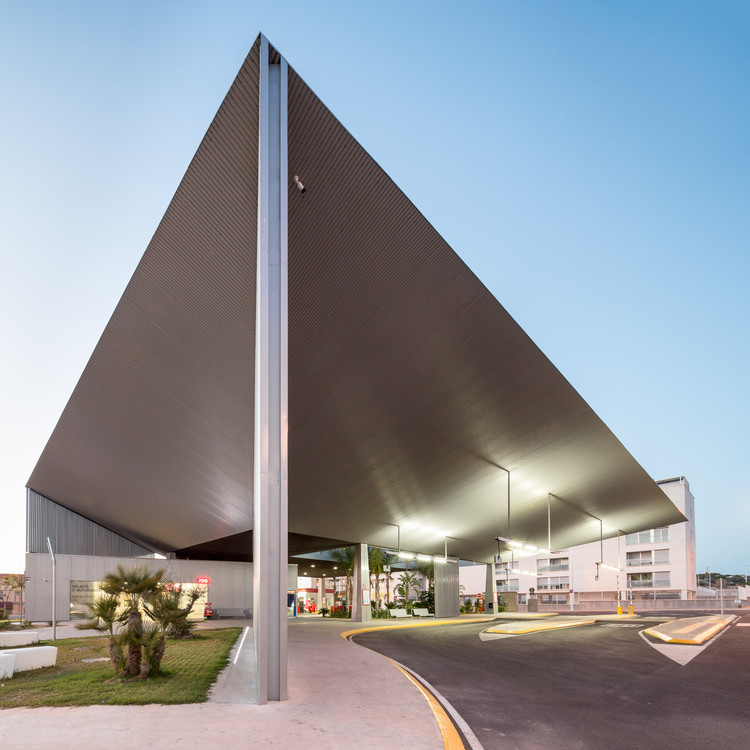 Text description provided by the architects. This Project is set as an urban strategy to solve the public uses plot existing in the south access to Santa Pola town, conforming a kind of ‘door to the city’. The roads linking Santa Pola and Elche towns are running through an area exclusively shaped with industrial buildings, just at the very front of the public plot and the entrance to the city itself. So, this Project had to realise its nature as a landmark, and was settled as an organic and uniform ensemble of building pieces and spaces.

Main use comprehends the new Bus Station, placed in the most prominent point of the plot, next to the roundabout, and directly visible from all points. Likewise, a wide green area is placed next to the road, to emphasise its public role.

Formally, the main station building is composed as a floating huge deck, which must provide shadow and protection to the waiting platforms, settled under this deck together with the ticket office ant services, and an oil station and shop in its back side. The main deck has a void in the central area to provide a kind of garden, whose purpose is to provide light, reference point and to serve as a boundary between different uses and spaced.

There is a second volume with a similar composition, using metallic claddings as the main material to conform façades. This volume is laid down twisting its lines and so allowing public spaces and gardens to appear in first place. This second piece is used to provide space for commercial and city servies. 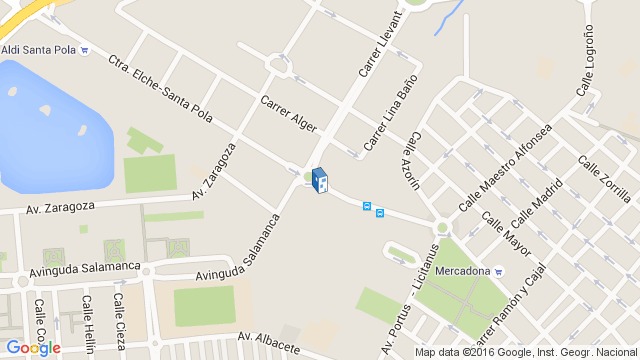 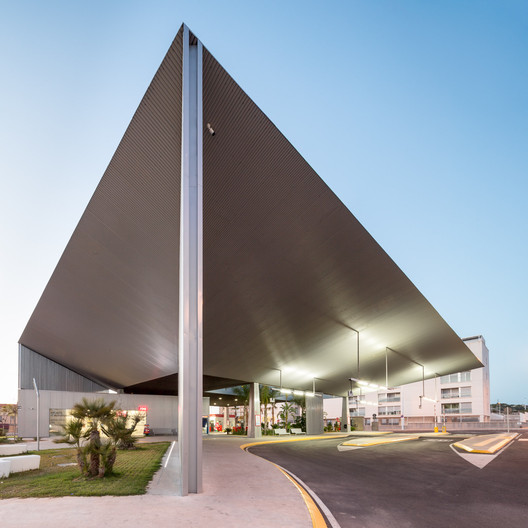