Today marks the ninth anniversary of the opening of the Steven Holl Architect’s Bloch Building for the Nelson-Atkins Museum of Art. To commemorate the occasion, Iwan Baan has visited the project to show how it has settled into place on the museum’s campus, become an architectural icon for Kansas City, and continues to shine as one of Steven Holl's most recognized projects. 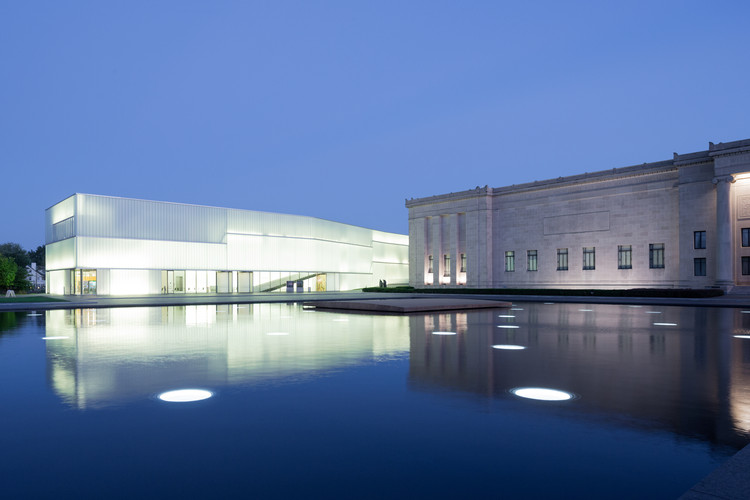 The office’s design won the project in an international competition in 1999. The addition is composed of five interconnected structures spanning from north of the museum’s original 1933 building south across the sculpture park. In the words of the architects: “From the movement through the landscape, the five glass ‘lenses’ form new spaces and angles of vision, while bringing different qualities of light to the galleries below.”

"It is inspiring to see in Iwan's new photos how well the Bloch Building is used,” says Chris McVoy, Senior Partner at Steven Holl Architects. “[The project brings] the museum experience for the public into the landscape, shaping space and light for engaging the art."

To celebrate the Bloch Building’s tenth anniversary in 2017, the Nelson-Atkins Museum will host a series of public events and lectures. 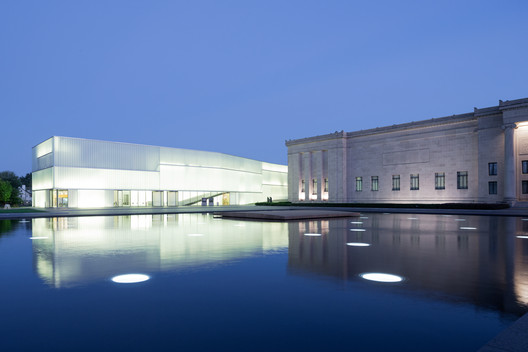