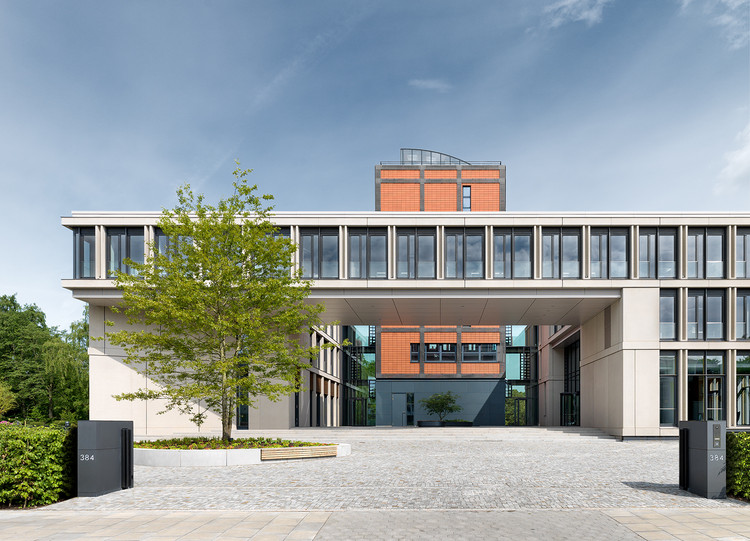 Text description provided by the architects. Founded in 2008, the Joachim Herz Foundation is one oft he largest foundations in Germany. With resources of 1.3 billion Euros the main objective is to promote education, science and research.

Since the 1970s, a former coffee roastery was the office of Joachim Herz, an entrepreneur from Hamburg. Germany. In the 1990s, he modificated the old roasting-tower into a modern office. After his death in 2008 the tower remained the heart and home of the Joachim Herz Foundation.

The new headquarter was built in 2014 on the site of the old coffee roastery. The production halls were teared down, but the 25 m (82 ft) high roasting-tower remained and was integrated into the new ensemble both creatively and functionally. The 3-storey building surrounds the roasting-tower like a meander, that creates a stimulating tension between the old tower and the new house.

The new building is divided into an eastern and a western part, which is connected by a bridge in the second level. Thereby a semi-public patio arises. From here you are able toenter the 2-storey entrance hall. On the ground floor you find function rooms, an auditorium, conference rooms and a library. In the western part of the ground floor the cafete- ria opens up to a generous lake terrace and a newly designed garden.

The offices on the upper floors have corridors with glass partition walls and room-high windows which creates a generous atmosphere with natural light. The intervisibility with the courtyards, the consistent materials and the reluctant color scheme give a calm atmosphere.The facade manufactured of precision precast concrete segments give the building a spatial depth.

After the existing buildings were demolished the outdoor installation were transformed into a 700 m2 (7.535 ft2) garden with a large lake. 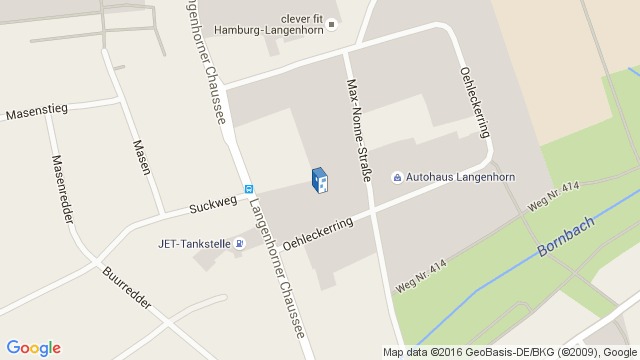 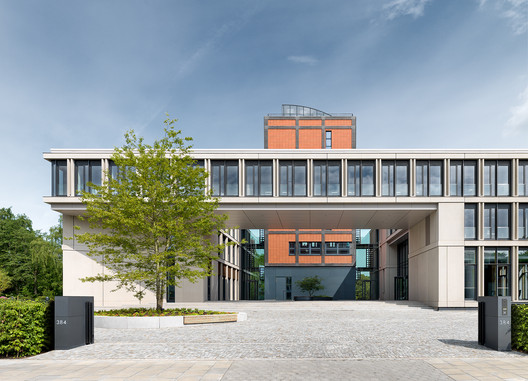