Save
The Shaman's Haven of the Kalevala / Travis Price 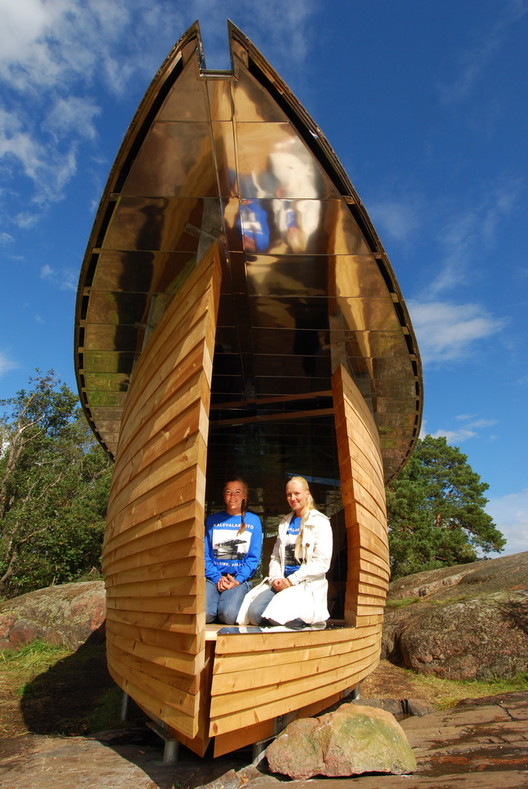 Text description provided by the architects. Led by American architect and professor, Travis Price, FAIA, the Kalevalakehto / Shaman’s Haven of the Kalevala project was the result of an international exchange among Finnish and American students of architecture, from the Catholic University of America in Washington, and Aalto University in Helsinki. It was designed during a 9-day intensive charette held at the Embassy of Finland in Washington, DC in January 2010, and constructed in Helsinki by the students over 9 days in late August 2010. The design of the installation is inspired by the themes of the Finnish epic Kalevala: the myth of the 7 eggs of the world’s creation, the mysteries of the Sampo as a metaphor for creativity and innovation, and the shape-shifting shamanic character of Väinämöinen, the main character of the Kalevala. Located on Seurasaari, an island near the city center which serves as a nature reserve, and open-air museum of historic wood architecture, the installation will function as a “think tank,” a meeting place for reflection and creative dialogue.

The materials for the project echo the poetic metaphors for the design, and are comprised of Finnish wood, stainless steel, and glass, donated by Finnish building material suppliers. Outokumpu contributed the highly polished stainless steel for the roof, ceiling, and structural columns. Kuhmo Wood contributed the wood for the curved walls; sustainably harvested from forests in northeastern Finland, where the Kalevala poems originated. Woodpolis, a public-private venture to develop new wood technologies and training, provided the prefabrication of wood components. Fenestra donated the glass for the windows, walls, and doors. The project was also supported by the City of Helsinki’s Economic Development and Public Works departments, and the Finnish Cultural Foundation among others.

The project is the latest chapter in a design-build expedition program known as Spirit of Place/Spirit of Design (SPSD), which for 15 years has led architecture students to create meaningful monuments that echo and celebrate cultural lyrics of a place by means of modern design. The program, founded by Price at The Catholic University of America in Washington, DC, has so far designed and built projects around the world from the mountains of Machu Picchu to the rugged west coast of Ireland and to the sacred sites of Nepal.

The goal of the Spirit of Place/Spirit of Design program is to explore the design and construction of architectural forms that successfully respond to natural and cultural settings in a contemporary language of design. Environmental stewardship and cultural heritage preservation in distant landscapes guides the methodology of research and design. The program’s overriding objective is to foster a method for design education that engages the most deeply resonant qualities of culture and the specificity of place. The program was the recipient of a 2010 NCARB Prize for Creative Integration of Design and Practice in the Academy. 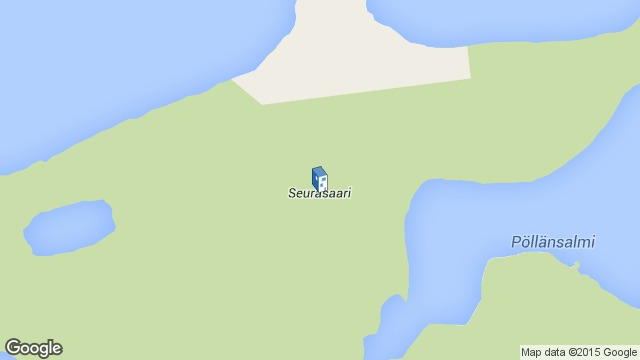