Save
Are Tree-Covered Skyscrapers Really All They Set Out to Be?
Share
Or
Copy

Are tree covered buildings really in tune with ecological and sustainable principles, or are they just a form of greenwashing? This is the question posed by Kurt Kohlstedt in his essay, Renderings vs. Reality: The Improbable Rise of Tree-Covered Skyscrapers, for 99% Invisible. The author notes that vegetated designs come about for myriad reasons – the appearance of sustainability, better air and views, investment intrigue – but that most of these concepts will never leave the realm of paper or virtual architecture. For as many reasons that these buildings have become popular, there are detractors for why they simply cannot be built, including daunting construction hurdles (extra concrete and steel), vast irrigation systems, added wind load complexities, and the trees themselves having difficulty adapting to their vertiginous conditions.

Kohlstedt cites Bosco Verticale by Boeri Studio as a “vertical forest” project that has actually been built and subsequently praised. The project received numerous awards and accolades including being named the 2015 Best Tall Building Worldwide by the Council on Tall Buildings and Urban Habitat (CTBUH) and LEED Gold certification, but critics have noted that the amount of resources required to place and maintain the trees far outweigh their ecological merit.

Of the article’s several conclusions, those that stick out are Kohlstedt’s note that extensive green coverage (mosses, succulents, herbs, and grasses) are easier to implement than intensive green coverage (roofs or balconies with shrubs and trees), and that vertical gardens can seem to have egalitarian merit, but they are park conditions that benefit the few not the many. ArchDaily has taken on this issue previously, with authors who defend and others who denounce the trees on buildings phenomenon. 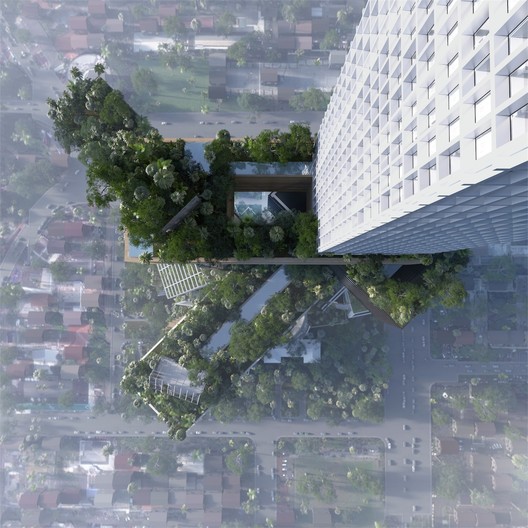