Save
Museum of Ethnography / NAPUR Architect
Share
Or
Copy

Napur Architect has won the competition to design a new building for the Museum of Ethnography in Budapest. On a site bordering Ötvenhatosok Square and adjacent to City Park, the building is one part of the Liget Budapest Project, aimed at renewing the civic space of the area with renovations to existing structures, rejuvenation of green spaces, and institutional additions. Besides the Ethnography Museum, City Park will be home to the House of Hungarian Music designed by Sou Fujimoto and a New National Gallery designed by SANAA. 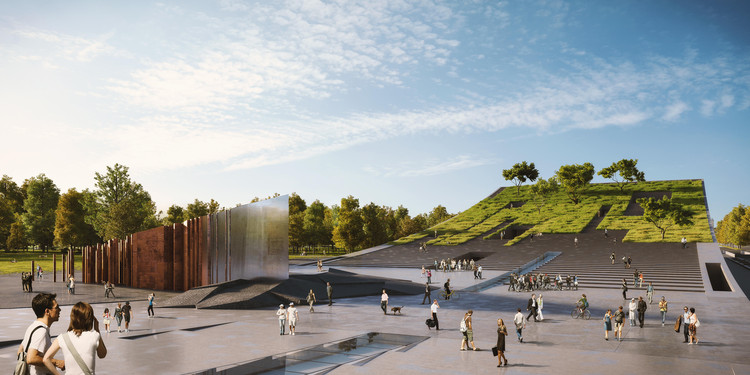 After years of operating in the former building of the Curia (Hungary’s Supreme Court), a facility that was small and unfit to the needs of Hungary’s most important institution for ethnographic science, European ethnology, and cultural anthropology, the museum will have its first dedicated building since it opened in 1872. According to Liget Budapest, “after 140 [the Museum of Ethnography] will finally [have] a home worthy of a collection comprising hundreds of thousands of artifacts.”

Concluding a competition announced at the end of last year, the jury unanimously selected Napur Architect over proposals by 13 other firms, including the second and third place winners, Sauerbruch Hutton and BIG. Besides building quality, the jury weighed technological and functional solutions, sustainability, contextuality, and costs. Jury members felt that the building’s bowed design was suitable for a site that acts as a transitional area between City Park and Dózsa György Road.

The Museum of Ethnography is scheduled to open in 2019, with the entire park project scheduled for completion by the end of the decade. 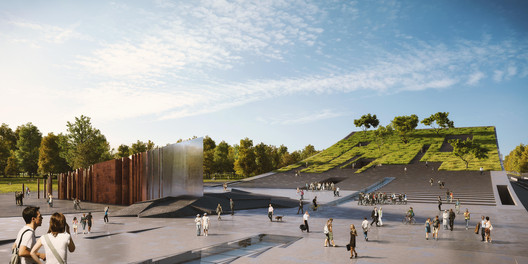