Fabiola Morcillo Núñez, an architect from the University of Chile, is 26-years-old and has been formally drawing under the name 1989 for about a year and a half. Her illustration project uses basic tools of architecture to build fictitious and imaginary spaces based on Asian architecture and pop art.

Fabiola is aware of the design benefits of paper and uses its abilities to imagine spaces without any limits. 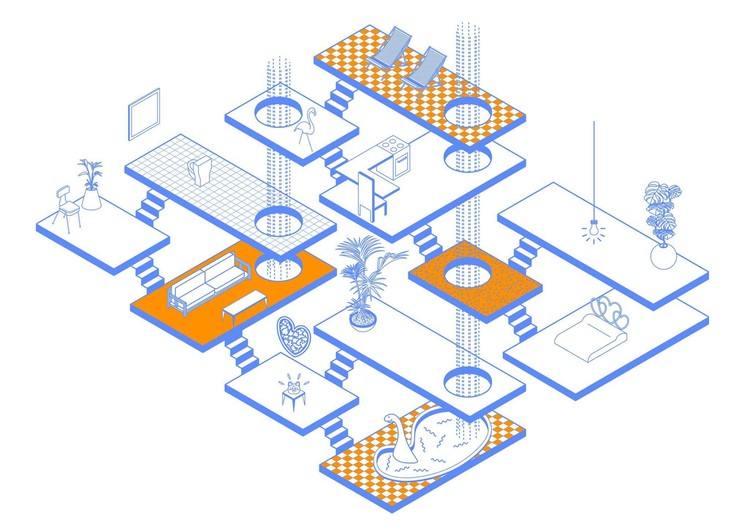 "Architecture as a discursive tool has helped me a lot in constructing my own form of representation," says Fabiola who is inspired mostly by Eastern culture. At school she had the opportunity to participate in the Ocho al Cubo (Eight Cubed) workshop, which brought eight of the most important architects of Japan to 8 of the most important architectural schools in Chile. Among the visiting architects were Sou Fujimoto, Sanna, Atelier Bow Wow and Kengo Kuma.

There she met and spoke with some of the previously mentioned architects, and was introduced to Asian architecture, a theme that has followed her for the rest of her life. Other themes include the limits of space and their deconstruction through questioning ways of living, building visual layers and the multiplicity of results produced in her work.

"The story that left an impression on me was the concept of Kengo Kuma's ‘Museum of Hiroshige,' which is inspired by an illustration by Hiroshige -- ‘Sudden Shower Over Shin-Ohashi Bridge and Atake’ -- in which the image composition is described as an overlap of a series of layers, “The layers of the land," says Fabiola. She was influenced by the beautiful interactions between art, history, daily life, and in this case, architecture. This led to her first illustration as 1989.

Later she decided to draw her favorite works and daydream about them creating pop images containing fantasies, objects and impossibilities.

"I like to take several references, be alert to life itself, be very observant and have a broad sense of understanding of beauty and the tools of creation that are presented throughout the day, for example; the internet, books, movies, the street, travel, personal stories, aesthetic preferences, dreams, philosophy etc."

"I'm on an endless quest for history and for my life, trying to unite many concepts and display them in a single image."

In her recent work she created cover art for a NIET CHRIST album (Cristian Nieto) for the label No Problem Tapes, called "Metabolism". For this project the concept was devised by both thinking about music and reflecting on her favorite subjects. After this process she made two illustrations of the outside and inside of the building "Nakagin Capsule Tower" by Kisho Kurokawa, trying to show the nostalgia and beauty of the Japanese Metabolism architectural movement.

Fabiola's meticulous work doesn’t move away from the digital world that she has been immersed in throughout her career. She uses Autocad to make her drawings, bringing technical drawing to the world of illustration.

Currently the artist is doing projects abroad in Taiwan and local collaborations with illustrator Bito Riveros. You can follow her Fan Page here. 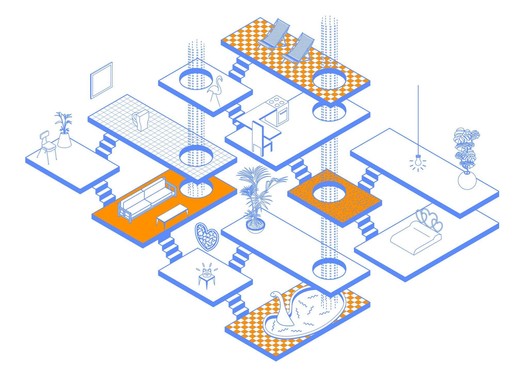