Save
Curators Reveal Images for the US Pavilion at the 2016 Venice Biennale
Presented by:

For this year’s US Pavilion at the 2016 Venice Biennale, curators Cynthia Davidson and Monica Ponce de Leon have chosen twelve teams to speculate on possible architecture projects for four sites in Detroit, in an exhibition titled: The Architectural Imagination. After visiting Detroit last fall for site visits, community meeting, and discussions with faculty and students at the University of Michigan’s Taubman College of Architecture and Urban Planning, the teams have now released images for their projects. The curators hope to generate creative and resourceful work to address the social and environmental issues of the 21st century.

MOS, A Situation Made from Loose and Overlapping Social and Architectural Aggregates, 2016. Sectional drawing through a new framework for the everyday life of the city. Speculative project spanning Detroit’s Dequindre Cut greenway. 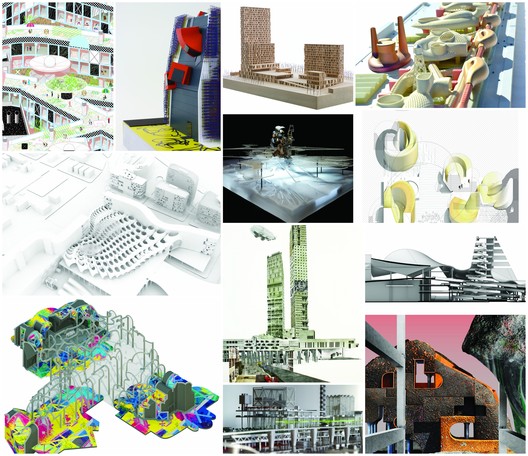