Text description provided by the architects. The project is located on a long, narrow strip of land partially occupied by a five-story building, in the traditionally working-class Belleville district of Paris. A significant piece of the neighborhood’s heritage and the site’s unifying building, it has been rehabilitated and its base hollowed out to allow passage.

Backbone of the complex, the internal street is the structuring element that irrigates the project. It becomes a semi-private common space for all the housing units, where interaction and socializing take place. Aligned with the central passage, the new building “pierces” the existing building.

This effect is accentuated by the treatment of the facades: the five “small” houses and the existing building, given a matte white plaster finish, come to rest on a base covered with shiny white enamel bricks, a reminder of the neighborhood’s past. Paved with Parisian paving stones, the little street becomes a pathway for strolling, with vegetation planted along the new buildings and the adjoining wall. These features define the passage route and clearly identify access points. 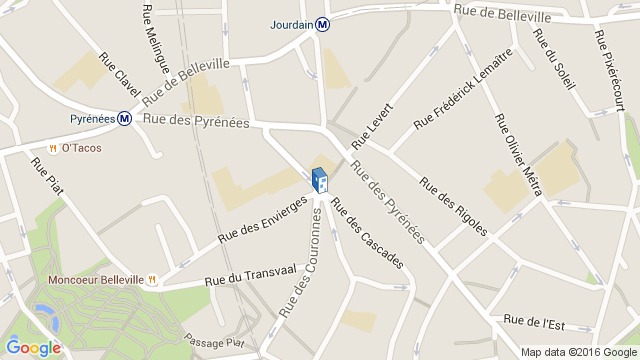 Location to be used only as a reference. It could indicate city/country but not exact address.
Share
Or
Copy
About this office
Antonini + Darmon Architectes
Office
••• 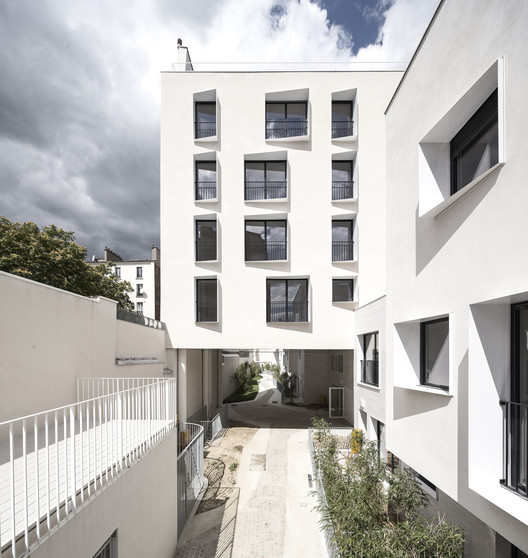