The building at the heart of this installation is the Groot Handelsgebouw – one of the first major buildings to be erected following the extensive bombing of Rotterdam in World War II. According to the practice, the scaffolding system used to construct the staircase represents "a nod" to the 75th anniversary of the rebuilding of the city following this disaster.

Since the practice first revealed the project they have conceded that West8—another practice based in Rotterdam—created a temporary staircase, also built from scaffolding, which led onto the roof of Las Palmas – a different historic building in the city. MVRDV, who acknowledge that "there are similarities between the two stairs," have offered credit for the idea to Adriaan Geuze and West 8. 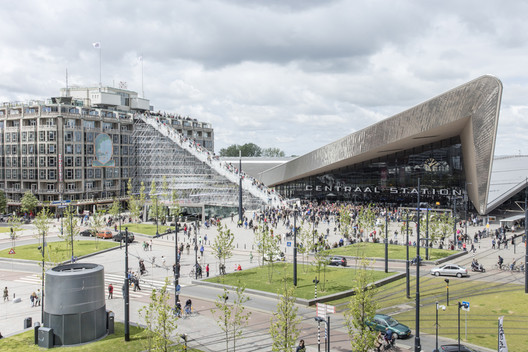