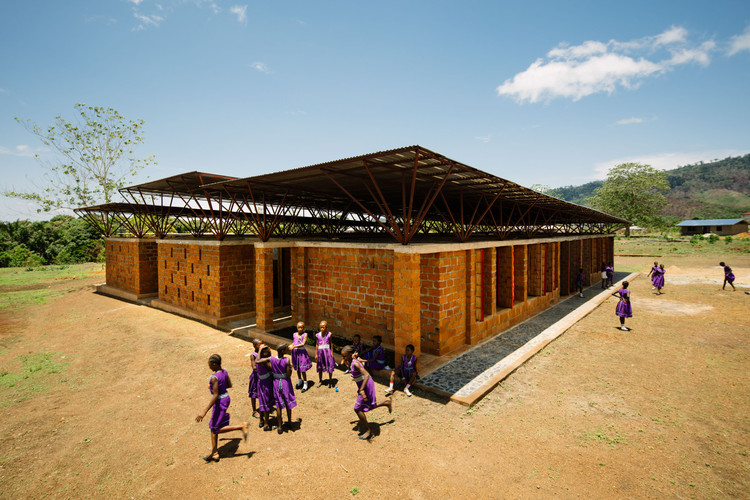 Text description provided by the architects. The Ebola outbreak in West Africa was first reported in March 2014, and rapidly became the deadliest occurrence of the virus since it discovery in 1976. Already a country with severe economic and social challenges, recovering from over a decade of civil war, the Ebola epidemic has been yet a further blow to its development and growth. Yet, for one community in the country’s eastern province, the opening of the new Swawou School for Girls offers hope and inspiration to a remarkable group of young women.

Two years ago, in February 2014, Orkidstudio broke ground on a new girls’ school in Kenema, in the eastern region of the country, employing as many as seventy men and women from the local community each day. The Swawou Foundation sought to provide extensive new learning facilities for up to 120 young girls from the local area. First set up in 2009 by Ahmed Jaward and Kirsty Wood, it was the only school around that didn’t allow corporal punishment, and is producing young girls with confidence and intelligence unparalleled elsewhere. The building was voted the ‘best school in Sierra Leone’ on a national radio station before it even had a roof on.

Yet, just four weeks from completion, and with the final roof sheets still uninstalled, progress was brought to a halt and site closed as the first confirmed cases of the Ebola virus hit the region. Even then, misguided rumours of witchcraft, curses and political playmaking were in circulation. This period was characterised by mixed feelings of fear and confusion, nobody really knew how to protect themselves let alone understood what was going on. Sierra Leone’s last horror, the civil war which erupted in 1991 and lasted some eleven years, was still a recent memory for many of its people and despite continued political corruption and crime, the country was at peace and trying hard to better itself. Already one of the world’s poorest nations, Sierra Leone is now faced with further social and economic suffering as a direct result of Ebola.

The number of recorded deaths exceeded 11,000 across West Africa before the region was declared Ebola free. Yet, what role can architecture play in the aftermath of such a crisis? Architects have often found a clear cause for intervention when faced with natural or manmade disasters, helping rebuild fallen towns and cities or offering up solutions to populations displaced and without shelter. However, when the disaster itself is formless, an invisible threat of devastating proportions, is there any role at all that architecture can play?

The Ebola epidemic may not have torn down buildings or left people without a home, yet the extent of social and economic reconciliation that it has left in its wake is vast. In January 2016 work resumed on the school building which had become badly overgrown with weeds and long grasses. Following many new challenges and difficulties, a building that had stood neglected and forlorn for two years now stands proud and gleaming in the west African sun. It’s a long way ahead to get this wonderful country fully back on its feet and striding forwards, and further still to transforming its global image, however, in this case a new building has opened its doors to a cohort of excited young school students, offering new jobs to the local community, and might just stand for something far more than the materials it’s built from.

About The Swawou Foundation

The Swawou Layout Community Primary School for Girls was set up in 2009 to offer a free primary education to girls from disadvantaged backgrounds. The school is located in an area called Swawou Layout in Kenema town, eastern Sierra Leone. All of the girls reside within the local community with their parents, guardians or other family members. The Swawou School Foundation strives to assist the school in achieving its goals and ambitions through fundraising and support. www.swawou.org 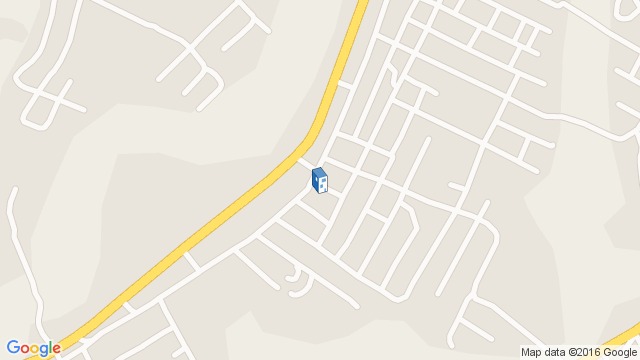 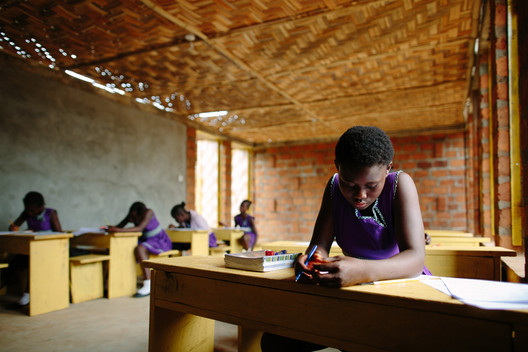 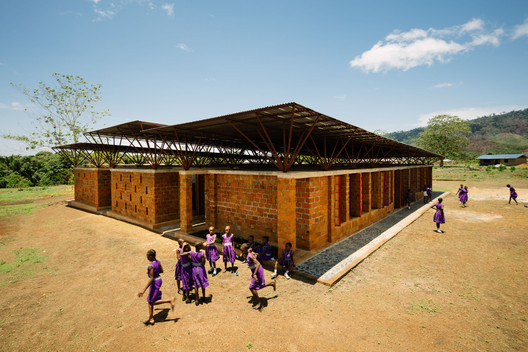