Virtual Reality (VR) is about to change architecture forever, meaning that every firm needs to decide how it’s going to respond to those changes. That may sound like hyperbole, but 3D imaging and the benefits computers brought to the field pale in comparison to what VR brings.

Computer-generated images are, in many ways, an updated version of the hand-drawn renderings of the past. VR takes viewing models to a whole new level. Based on existing design software, it allows you to take 3D models and experience them in amazing new ways. So if your firm is thinking about whether or not to invest in VR technology now, here are a few reasons why you should stop considering and start changing how your architecture firm functions.

Here’s a chance to delve a little bit more into what makes the VR experience different for architects and their customers. Every architect knows that computer-built 3D renderings can only go so far in creating an accurate feel for a building. VR, however, takes this a large step forward by allowing the user to walk through and see each detail.

This translates into a competitive advantage: when a customer can experience a proposed building on a more visceral level, they’re more likely to choose your design. In one article, designer and visualizer Olivier Demangel described the shocking level of realism he experienced when using VR for the first time. He could hardly believe how different his experience of the structure was, as well as how close that experience was to the finished project.

So, to be frank, if your firm is offering simple computer renderings while a competitor offers VR, the consumer’s choice is going to be an easy one.

2. Be at the Forefront of an Enormous Industry Trend

This ties in very closely to the competition element. If your firm can be an early adopter of virtual reality technology applied to architectural design, you can be ahead of an enormously important industry trend. Being ahead can allow you to brand your company as an innovator in the virtual reality space.

Applying “first to use virtual reality in X application” to your marketing materials can mean gaining a long-term advantage in branding. Some firms are already buying VR headsets like the Oculus Rift and HTC Vive as they’re released, so time is running out to be ahead of this trend.

3. The Start-Up Costs are Low

The cost of adopting VR technology is relatively low. An Oculus Rift is $600 per unit, while the HTC Vive is $800. Other systems are currently in the works, but even when you add the computers usually required to accompany these headsets, you can get a VR setup for not much more than $1000. For most firms, if that VR set can win them a single extra client, it’s already paid for itself.

When a client is able to experience a project in such stunning detail, they’re able to get a better feel for what they want and don’t want. That means less time your firm will spend reworking models and asking for another round of feedback.

Another way VR cuts time here is by allowing you to render things like lighting in real time. A client can switch lights on and off to see how different lighting setups affect the space. That kind of interactivity is both enjoyable from a client’s perspective, and also allows them to see every aspect of a design quickly.

Simulations can include something as simple as the lighting example above, but what about larger structures like office buildings, or even airports? Here, VR technology can allow designers to take real-world subjects and actually see how they interact with their environment.

For example, you can test your emergency exit systems by placing someone in an obscure part of a building and seeing how quickly they can exit using the signage system you’ve put into place. Computer models may be able to show us how people can exit the building, but they won’t touch on the psychology of how people react to their environments. These insights will make future buildings safer and more user friendly.

That’s only the beginning of where these kinds of simulations can take VR in architecture.

Taking the Plunge Into VR

If you’re interested in trying out a virtual design service, now’s the time. The direction of this technology’s role in architecture is clear, as are the advantages of getting ahead of the trend. If you’re curious, you can always give it a try and see for yourself.

Eric Halsey is a historian by training who’s been interested in US small businesses since working at the House Committee on Small Business in 2006. He loves technology and is interested in VR and often writes for ViaTechnik.com. 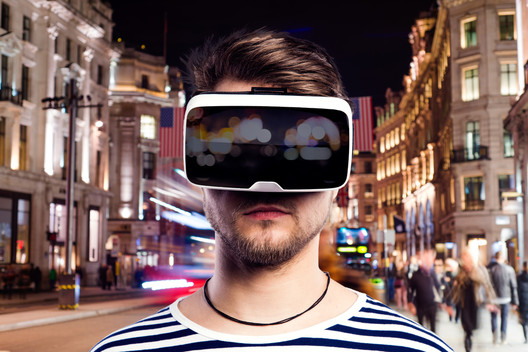