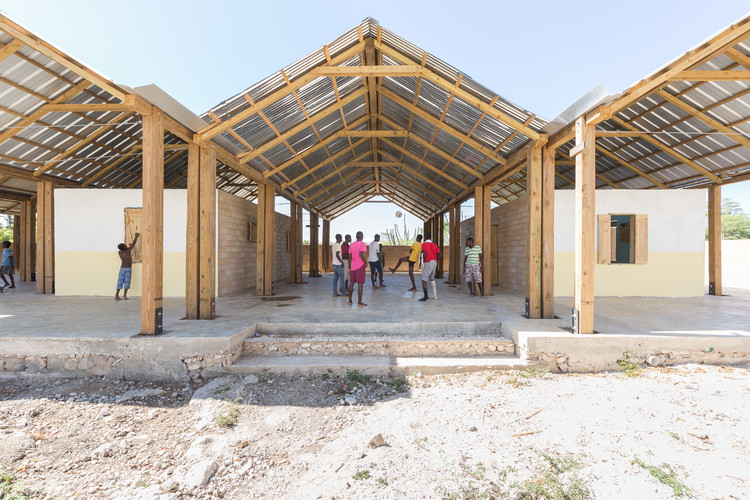 Text description provided by the architects. Between 2014 and 2015, right after graduating, Italian architect Bonaventura Visconti di Modrone was invited to Anse-à-Pitres, a small village in the Sur Este department of Haiti, to build a housing complex for Ayitimoun Yo, an N.G.O. that helps local street children.

A meeting with the N.G.O founders fostered the idea of designing an anti-seismic building for the children, that could also serve as a resource (haven) to help them feel welcome and part of a family again.

The N.G.O wanted a space that would be easy to control, in which the children could sleep and carry out their daily activities.

Since it was important that the building fit within the local architectural context, two of its typical elements were adopted: the lakou settlement and the Haitian rural house.

The first is a traditional way of arranging the houses around a central courtyard; this was reinterpre- ted by placing the houses in a line and leaving a big open space between the buildings.
The second is a simple and clean rectangular-shaped house, with an open veranda that is cheerfully decorated and covered with a pitched roof. In the Haitian culture, the pitched roof especially means respect and acceptance, so it was included repeatedly, creating the characteristic shape of the unin- terrupted cover.

The Haitian climate is very hot and humid, so the roof structure is detached from the houses, al- lowing fresh air to breeze through and providing natural ventilation.

Some of the project details, such as the colour of the bricks and of the concrete platform, were cho- sen directly by the children through workshops; this helped them to personalise their future houses and strengthened their feeling of ownership.

By investigating and reinterpreting the local architectural context we were able to design a building well integrated with the surroundings.

The main issue we faced during the construction was the organization of the logistics; many of the materials needed were bought in the Dominican Republic, mainly in the capital city of Santo Domin- go, which is a one-day trip from the construction site.

Furthermore, because of diplomatic issues between the two countries, it has been difficult to clear the goods through custom and transport them to the site.

All the other materials and components were customized on-site by local craftsman.
The decision to employ local workers and artisans exclusively, led to the direct participation of the entire community and to the creation of a facility (site; place) that belongs to the area and to its architectural and cultural context. 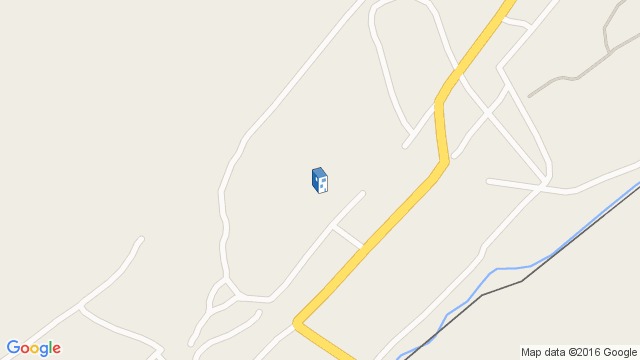 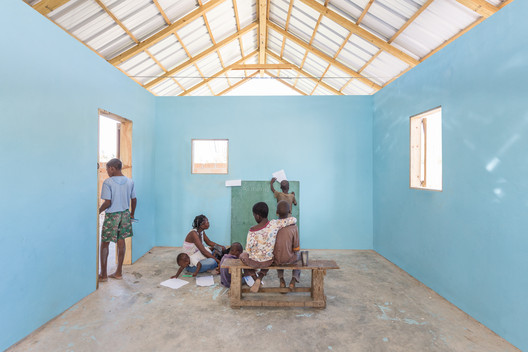 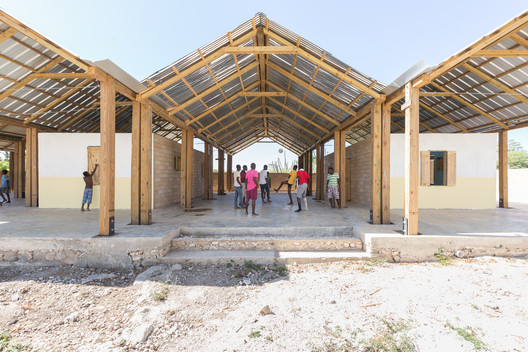