Zaha Hadid Architects (ZHA) has revealed plans to design and redevelop more than 22,000 square meters of brownfield land in Prague, in a 90,000 square meter development adjacent to the city’s Masaryk Railway Station. ZHA was selected by project partner Penta, an investment company active in ten markets across Europe, as the winner of a 2014 competition for the site. Devising a new central business district, the ZHA plan seeks to integrate with existing means of transit, including suburban and domestic rail services, a bus terminal, Line B of the city’s metro, and a future airport rail link to Vaclav Havel International Airport. Approximately one kilometer from Prague’s central square, the design seeks to create a balance between the horizontality of the railway lines and the verticality and publicness of the Old Town. 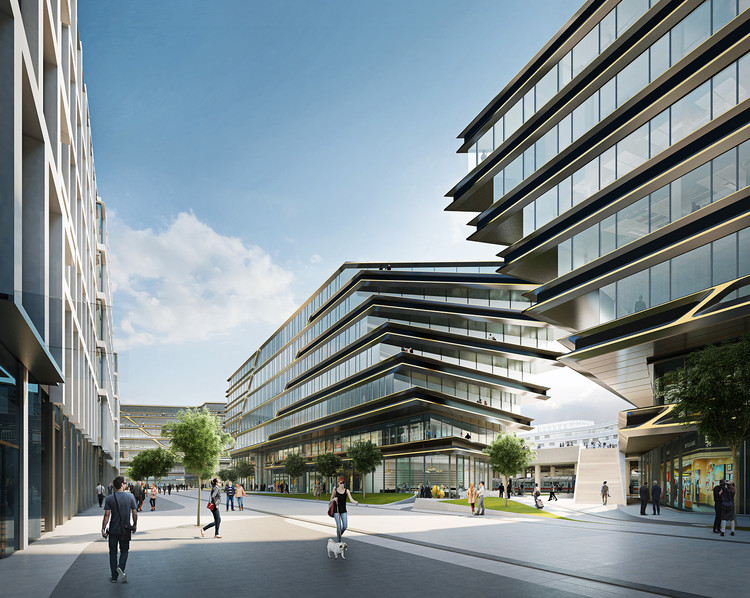 The plan intersects with Prague Districts 1, 3, and 8, alleviating the disjunction created by the elevated Wilsonova Highway, which bisects them. Within this context, ZHA has designed buildings that vary in scale and composition in order to generate a harmony with the existing urban fabric. This includes the conceiving of new civic spaces, such as plazas at the main entrance to the railway station, midway along Na Florenci Boulevard, at the corner of the Na Florenci/Opletalova axis, and at the bus terminal in District 8. The development comes as a response to the city’s growing demands for Class A office space in the service and IT sectors.

“In collaboration with our partners and the city, we have developed an urbanism for the site which draws inspiration from our analysis of the city and the site’s dynamic circulation networks,” says Craig Kiner, Project Associate at ZHA. “[It creates] an architectural response that is sensitive to context, unifying in aspiration and contributes to the urban fabric of Prague.”

Penta became the part and majority owner of Masaryk Station Development (MDS), which is overseeing the project, in 2011. The company will spend spend CZK 135 million (approx $5.7 million) on reconstruction of the railway station and over CZK 6.5 billion (approx $275 million) on the regeneration project. Phase one of the redevelopment has an anticipated completion of 2020, with all phases being completed by 2022. 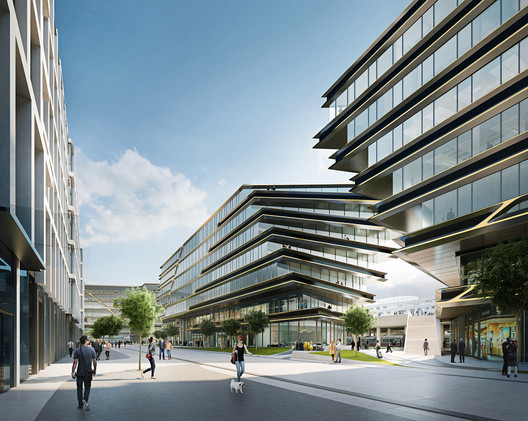