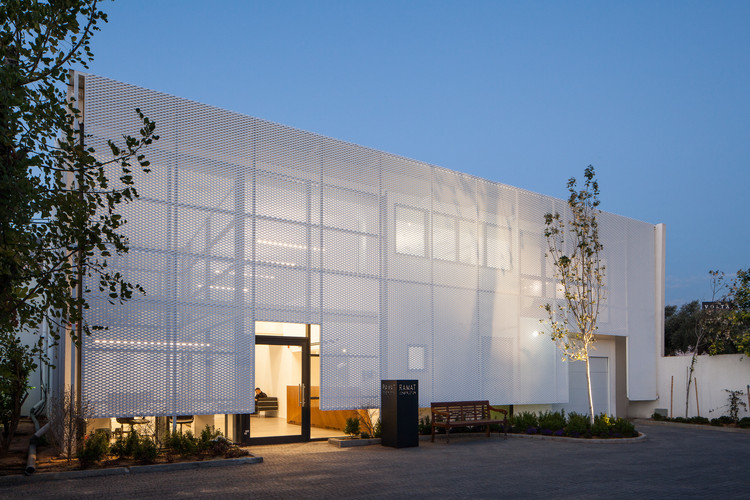 Text description provided by the architects. Ron Fleisher architects office  planned the extension of a mid 20'th century village house in Wadi-Ara at times where all the Wadi rioted during the last tension. Being the main road connecting Palestinian highly populated cities in the north of Israel, The villages surplus the Wadi and many of the old village houses are converted into businesses and office buildings.

The original house was built in the 60's and due to the changes in traffic and density was abounded in the beginning of the current century. The business\ industrial strip was just the right location for the new owner, a local construction firm. The location, close to many of the workers home villages, yet on one of Israel's main roads reflects both the firm's operational needs from one hand and the changing image of a growing global organization which defines a new status for traditional yet innovative Arab women. The objective was to combine both identities and world view.

The old house was piled to it's concrete frame. Then it was reinforced and treated against water damages. To its west, a new extension was added and a glass wall facing the road covered the south façade. The main way to let natural light into the building without exposing to direct southern Mediterranean sun and the 24/7 traffic, the glassed façade was covered with a white metal net, shading the building and creating a simple, geometric, clear image, facing the road, emphasizing both the local Muslim building heritage, using a mashrabia (the traditional semi-transparent screens used to keep privacy) like element,  made of contemporary material. 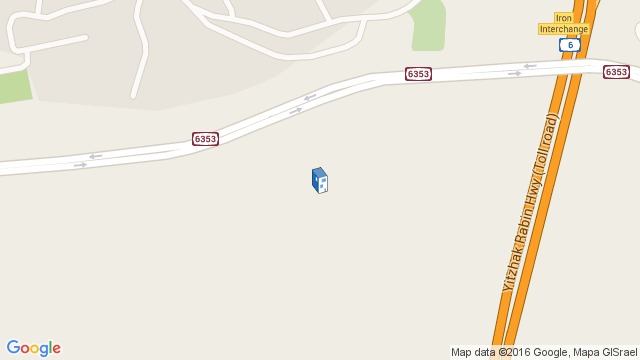 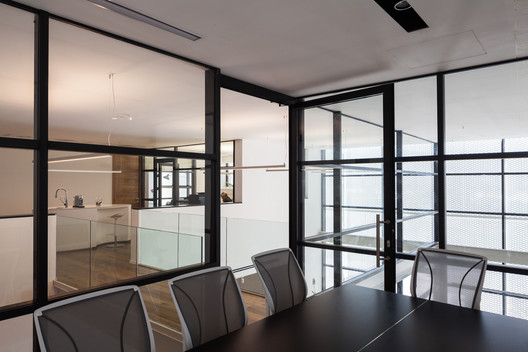 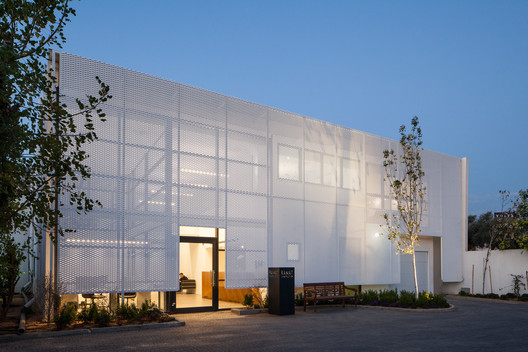