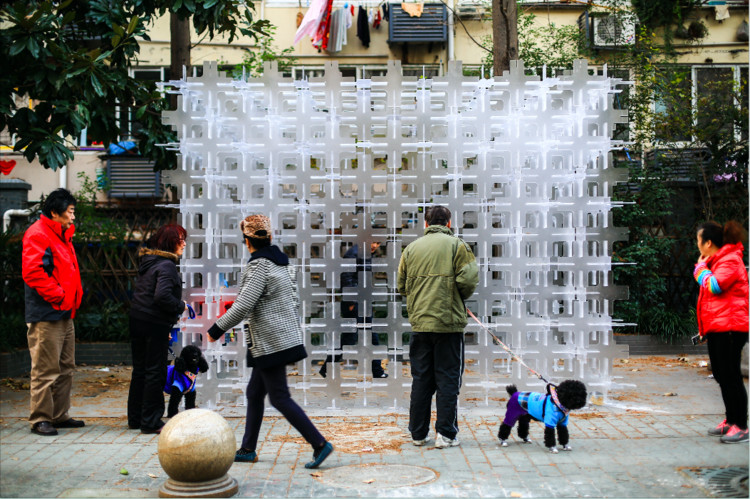 Text description provided by the architects. The Urbanism & Architecture Biennale brief called for an urban intervention concerned with Re-Use and Re-Thinking; a gathering space in which the local community of Shanghai’s Siping District could congregate within, play amongst and ultimately as we considered it, could alter. The site context and street scene within local districts of Shanghai is rife with activity, presence, familiarity and flexibility. Disused doorways, alleys and pavements become commandeered for purposes such as cooking, ballroom dancing, cycle repair, chess, and barbers shops.

The flexibility of what we in the West would call ‘pop-up stores’ are common place in Shanghai and throughout Asia with urbanism here traditionally allowing local trade and community to flourish in this manner. Our intervention seeks to celebrate this important form of temporary urbanism and community spirit as a changing focal point for the local user groups and residents.

We developed the structure as a simple repetitive cruciform module; utilsing recycled off-cuts of commercial polycarbonate sheeting and laser cutting into shape. These were lightweight yet robust enough to be taken apart and reformed in other configurations. The modules slot-connect to one another requiring no fixings, meaning that time and the ability to alter whilst constructing provided a simple means for community participation through all age groups and user types. This allows the groups to reconfigure the structure to create various forms, inverted displays, partition, maze or gallery space.

The initial form of the intervention was set out around the chess playing habits of local senior citizens; two players around a small table gradually joined by spectators which morphs into a more organic grouping and cluster. This is presented with the appearance as a formal object set against a more carved-out and encompassing internal space.

The combination of the bright opaque modules and the structural openings provide a sense of lightness, contrast and focus against the local context of the trees and the traditional brick, render and stone streetscape. 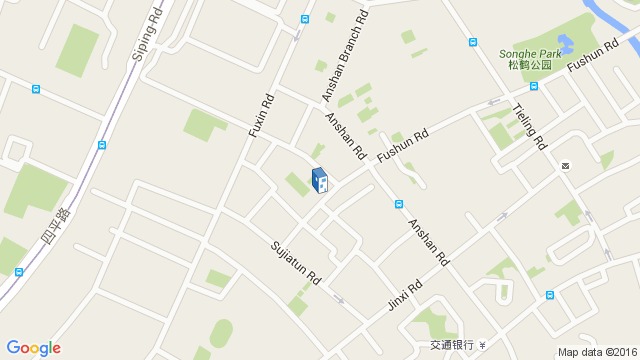 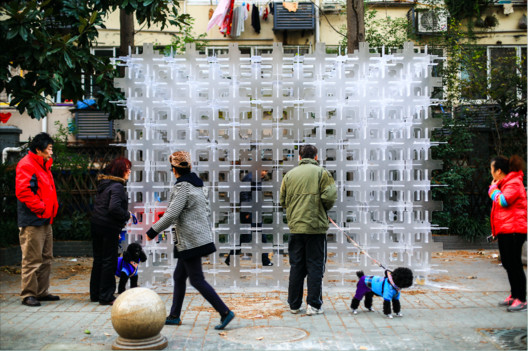