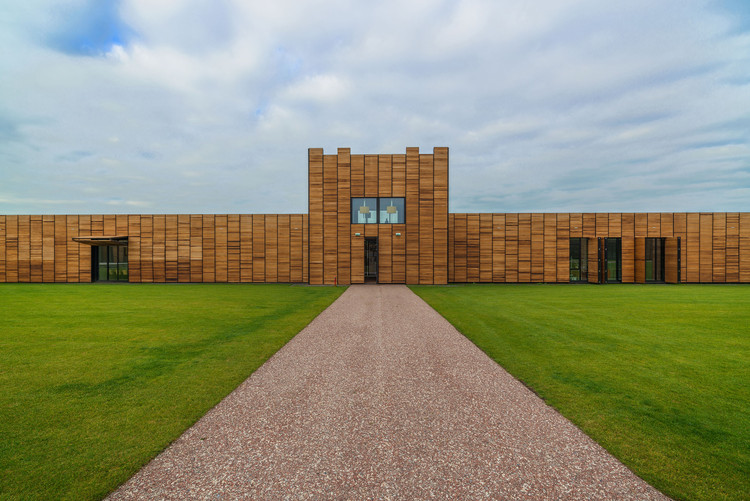 Text description provided by the architects. The design for the Cultural Park Castellum Hoge Woerd is based on an architectural and landscape interpretation of an ancient Roman Castellum (fort), and represents an important – and unique – cultural heritage site in the Netherlands. It includes a theatre, restaurant, museum, environmental/sustainability centre, courtyard for events, and an outdoor area used for community programs.

The Lower Germanic Limes, once the border of the Roman Empire, is an archaeological line that stretches along the Rhine between Finxbach in Rhineland-Palatinate and the mouth of the Old Rhine at Katwijk. The Lower Germanic Limes are part of the European Limes: an elongated collection of archaeological sites running from the Antonine Wall in Scotland to the Black Sea in Romania, which once formed a single coherent military system. The Limes are also known as the largest archaeological monument of Europe.

The Castellum is built right on top of the contours of the remains of a Roman fortress. These are protected and viewed as an archaeological monument, and by defining them with a new building, the public can gain insight into life at the border of the Roman Empire – the ‘Limes’ – in the Netherlands.

While archaeological sites elsewhere in the Netherlands usually remain hidden beneath the surface, here the site is stimulating, engaging and tangible for the public. The Castellum also contributes to the identity of the Leidsche Rijn, the largest residential construction site in the Netherlands since 2006.

The complex has two defining elements: the ‘walls’ that follow the contour of the old fortress and the pavilion that breaks this defensive line.

The fort was built on an archaeological monument, right where 2000 years ago there was a Castellum. The ground has substantial differences in height: Hoge Woerd means “a natural drake”. However, the floor is on a single level. The ‘walls’ are 5.5 meters wide, and can be used for different activities. The height of the walls ranges from 4.5 to 6 meters. The facades are made out of wood, just like an ancient fort but with a contemporary system, consisting of a clear grid of steel frames with wooden slats. This system is applied both on the inside and outside. There are four entrance gates with a height of 10 meters.

Deviation from a traditional Castellum can be found in the added pavilion building. The reason for this addition lies in the desire to find a space for the Meern 1, a completely intact two thousand year old Roman ship, found and excavated during the development of the Leidsche Rijn. The pavilion is also the best solution to provide a modern auditorium for 250 visitors. The pavilion building cuts through the walls of the Castellum and it represents the only element that crosses the fort and provides a view to the courtyard. The facades of the pavilion consist of patterned aluminium panels, making reference to the history of the place.

Inside the pavilion, functions are combined. The foyer of the theatre merges with the restaurant and provides an exhibition space for the Roman ship. The ship lies on top of glass sheets and around it people can read about its history.

The Monuments Commission have established clear criteria regarding building on such valuable archaeological ground. One of these provides that the ground can be compressed by approximately 10 cm. To achieve this at the Castellum, a 2 meters deep sand layer was used to compress and prepare the under-ground. One meter was then removed, and the remaining one-meter embankment was used for the foundation strips and for the piping. This is to prevent damage to the archaeological substrate. Almost the entire complex is built on sand, without a pile foundation with the exception of the theatre on the first floor of the pavilion. Here four clusters of foundation piles are used, thus giving the pavilion a hybrid foundation.

At the entrance side of the Castellum there is an informal square where the location of the old bathhouse is marked with grass and cortex steel. The fort is surrounded by ditches, and grass slopes in the landscape indicate place where the Old Rhine used to flow.

The courtyard is an open grass field. The ancient Roman roads run like a cross through the terrain and extend through the gates. Visitors are free to interpret and use the inside space, which provides a safe atmosphere, a lawn surrounded by a six meter high wooden fort.

On the east side of the building, there is an open field for community activities. There are many different gardens with different purposes. To facilitate those activities: a stall, a storage, a apiary and a greenhouse. These buildings form an ensemblein terms of materials and playful positioning in the country, and represent an added value to the Castellum complex.

SKETS, in addition to conducting the architectural work, was also responsible for the design of the interior and acted as a supervisor in the design of the museum exhibition. The building is designed by bringing together a number of different perspectives, where the cooperation between the various disciplines is essential. The architects played a directing and guiding role in ensuring this. 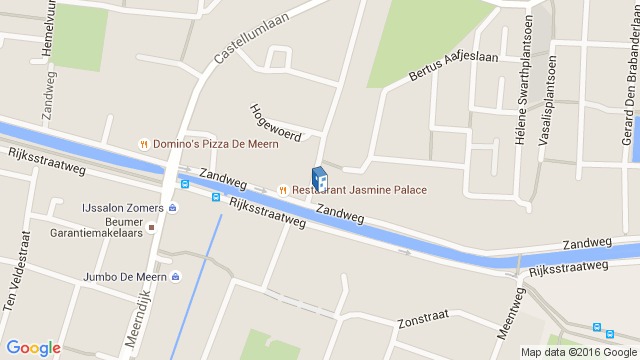 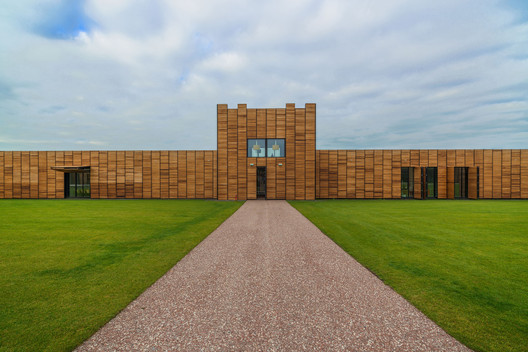