Kengo Kuma and Associates has revealed plans for the office’s first North American skyscraper, a mixed-use luxury tower on a site adjacent to Stanley Park in Vancouver. Known as ‘Alberni by Kuma,’ the 43-story tower combines 181 residences with retail space and a restaurant in a rectilinear volume accented by "scoops" on two sides. These curvatures are the building’s most important formal attribute, while a moss garden at the tower's base is its most important spatial feature. The project is being organized by Westbank and Peterson, and is part of a group of architecturally significant projects being developed by the pair in the west coast city. 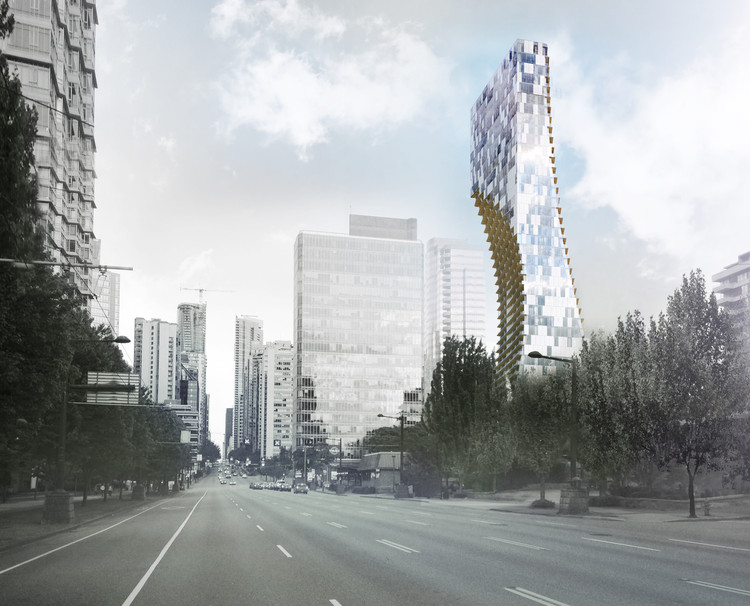 “I have always wanted to have a project in Canada because of its closeness to nature,” says Kengo Kuma. “Typologically, this is a large-scale project in North America, a dream for any foreign architect. We have done towers, but not to this scale and level of detail.”

The building’s facade is a combination of anodized aluminum and glass panels to reflect neighboring structures and the sky. Wood panels are visible on the underside of extruded floor plates – where the facade has been “scooped” – creating patio spaces meant to act as open gardens and personal urban spaces. Wooden planks are also used for the floors within the building, adding similarities to other signature works by Kengo Kuma and Associates.

“In Japanese space, boundaries are considered mutable and transient,” says the architect. “This is always an important part of my work. In this project, the minimal glazing details and the layered landscaping blurs conventional boundaries to enhance the sense of continuity. The design celebrates the presence of nature in Vancouver.” 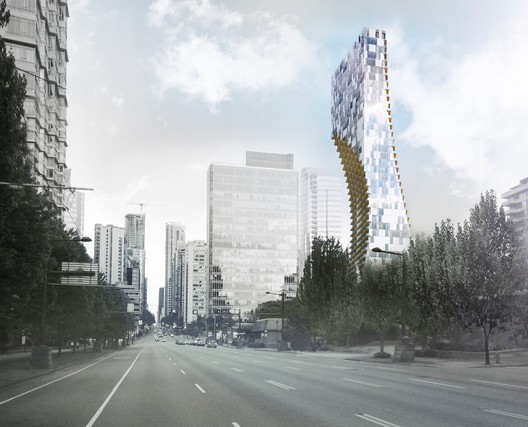