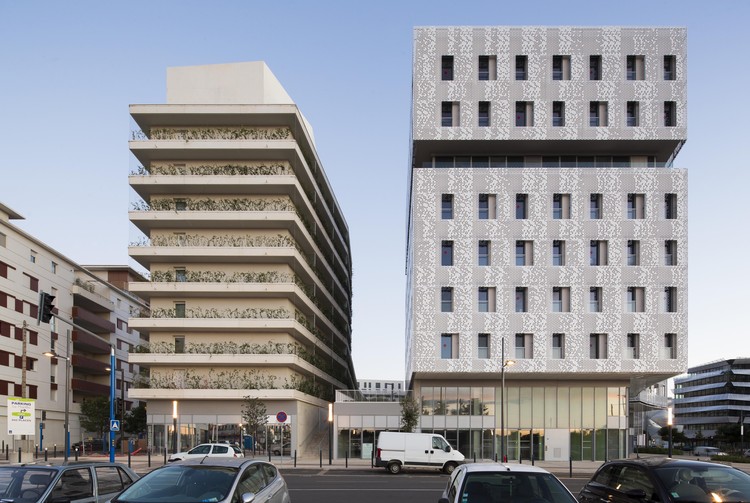 The complex is designed as a coherent built landscape and organised around an interior garden that acts as its federating element, exemplifying the approach taken to the ongoing design of this city. Three grand staircases lead up to the 1st floor level hanging garden that provides users and residents with a pleasant social space opening onto the city. As well as the staircases, there are also a number of openings that contribute to creating a feeling of transparency and lightness.

On the southern side, Place Pablo Picasso marks the gateway to the city. Particular emphasis is placed on the verticality of the buildings, whose silhouettes rise up from the surrounding landscape, underlining this new urban identity and providing a strong signal. On the northern side giving onto the Jacques Coeur Lake, the view opens generously onto the hanging garden with its cafés and restaurants linking the public and private gardens.

Like other projects designed by the studio, a unifying element, in this case a white mineral mantilla, is used to encompass the architectural language of La Mantilla while offering a reinterpretation of Mediterranean architecture. Its pattern takes the form of a lattice that wraps around the balconies and loggias, providing subtle tonal variations that change with the time of day.

From an environmental point of view, the project complies with Low Energy Consumption Building standards and reflects the studio commitment to sustainable development.

By simultaneously placing emphasis on both the use of the building and its users, the design is a highly contemporary project that avoids all fleeting architectural fashions. It is simply a building in the city, both generous and useful. 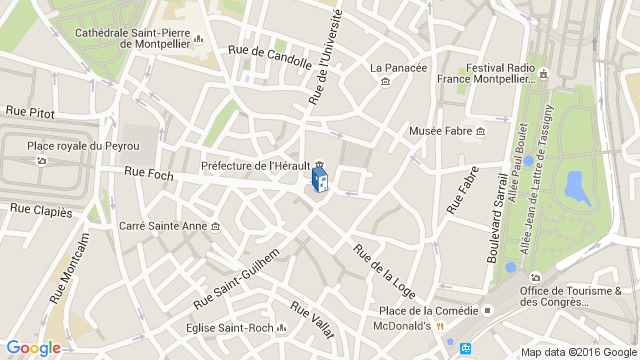 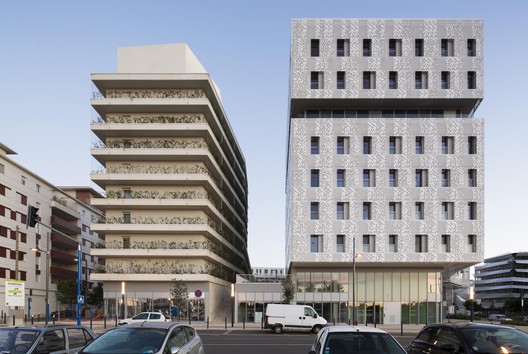