Save
How To Eliminate Gender Disparity in Architecture, According to Our Readers
Share
Or
Copy

The movement towards gender equality in the architecture profession has been gaining attention for some time now, led in large part by surveys of the profession such as the AIA’s recent diversity study or of course the annual Women in Architecture survey by The Architectural Review and The Architects’ Journal. However, recently the debate around gender has taken on a different form; in a response to the AR's most recent survey published in RIBA Journal, for example, the curator of Turncoats and founder of the practices Interrobang and Studio Weave Maria Smith argues that it is time to move on to a more nuanced depiction of the problem. “I’d like to see a radical change in how this discussion is framed,” she says. “We must move away from generic indignation and start to properly interrogate why both men and women practice architecture the way they do.”

In light of this slow movement towards action in place of indignation, on International Women’s Day last month we asked our readers what exactly should be done to eliminate gender inequality in the field of architecture. The question provoked a broad and at times incredibly heated discussion - read on to find out what our readers had to say on the topic.

What Should We Be Doing To Eliminate Gender Inequality in Architecture?

First off - and it’s a shame that this is even necessary - at ArchDaily we feel that we have to address some of the less productive comments left on our post. Some responses were aggressive, including those angrily proclaiming that gender inequality doesn’t exist or one reader that suggested we must have been “taking stupid pills” to suggest that it does; others were simple-minded jokes, such as readers claiming that we can solve gender disparity with “more buildings that look like tits” or by “allowing only women to design kitchens and laundry rooms.”

If you’re looking for evidence that gender disparity in architecture exists, and that it is a big problem, consider this: usually at ArchDaily we rarely censor comments, especially on our Facebook posts. But when we posted this question to Facebook we initially received almost nothing but sarcastic or angry comments like those mentioned above. We eventually took the difficult decision to start removing comments that we feared could put people off from joining the conversation. It was only after we did this that more thoughtful commenters began to emerge - in other words, it was only when those who are not concerned about issues of gender equality were silenced that those who are concerned could even have a conversation on the topic.

It may therefore be worthwhile to bear in mind the following comment:

According to me, an architect that has no vision of social justice is no architect. He or she is just somebody who found something to make a living. Reading some comments here, even though they are just "jokes", makes me feel quite discouraged. - Beuneudique Zimmor via Facebook

One of the first problems identified by some of our readers was that of social perception from outside the profession. As many people identified, architecture is often seen as a “man’s profession,” and everybody from clients to contractors can make practicing architecture frustrating for women.

In India, it's not the profession of Architecture that discriminates; but it's the social and family role that forces architect women to stay away from practicing in the field and make other choices for career. So only the change in socio-cultural values will have more women architects practicing the profession. - Kavita Pradhan via Facebook

I think everything starts at childhood! Abolish the stereotype of architecture being a man’s job, and highlight great female architects so they can be role models for the newer generation. - Shane AlHarbi via Facebook

Inevitably, a large part of the conversation revolved around the topic of having a family, with fair rules for both maternity and paternity leave being identified as a critical obstacle to equality.

You do suffer for being a woman and your career takes a hit when you decide to become a mother. As far as I'm aware there are many men in my office proud dads who want to have a child as much as a woman. Except, they don't have to carry the baby do they? Trust me, many women would happily let the guys do it if that were possible. - Lynne Howat via Facebook

As a young married woman in architecture in the US, I have had no problem with my career initially. I have been recognized and taken seriously based on my merits and achievements. However, there are certainly barriers looking towards the future. Firstly, the fact that the largest corporate firms offer no maternity leave policy other than what is mandated by the government is discouraging. At similarly high profile companies in other industries, paid maternity leave is standard. Secondly, the sentiment among many of the older women (and men) in the field that have been successful is that you must forgo family to have a career. While my male coworkers looking to start families are now being taken more seriously at work, it is often holding female coworkers back. Finally, while I am respected from outside the profession (where women having families is not a negative), internally I find I have a steeper hill to climb than females in other industries. I, personally, am willing to fight the good fight as my mother had to do in finance in the 80s. - archilady

When asking for a pay increase I was posed the question: “You don't plan to get pregnant anytime soon then?” Regardless of what financial support the government is willing or able to provide questions like that are a testament to the prevalence of gender inequality in the architecture workplace. I said no (sucked it up) and got the increase. Soul destroying? Yes. - Georgia Lawrence via Facebook

A man can just as easily quit his job to spend more time with the child. But society and employers don't always see it that way - and that's the sexist part. When we had our daughter, my employer was great and worked with me to shift my schedule earlier. My husband's job was awful. When he told them he had to be at daycare by 6 one day, they said "why can't your wife do it?" Same thing with working weekends. In our family we split childcare equally, but both of us are fighting against that lingering stereotype that it's my job and mine alone. - Elizabeth Uncles Benzur via Facebook

Having had time off, be it 12 months to say 10 years to raise a family, there is no corporate or government assistance for reintroduction into the workplace, thus the woman is are more likely to take a pay cut for the actual experience they have in order to get back into the workforce. This is stifling and very often demoralising especially now they're are more people the money has to support... These are real issues that affect the choices of women from when they sit their first ever job interview. It is a circumstance that for most men they never have to think about, ever. - Renee Kerrie Crumpet via Facebook

Address the Root of the Problem

But beyond the challenge of raising a family, readers identified a whole host of places where gender equality could be promoted by fixing other problems - from problems with the profession itself to problems with architecture schools and even high schools.

Respect the work, regardless of the source. Stop giving jobs to people because they are networked. The profession needs to become merit-based again instead of connection based. This breaks down the barrier for women, as well as promoting new talent of all sexes, races and countries. - Joe Tanner via Facebook

The disparity we see between men and women in architecture cannot be discussed without addressing a larger issue: our profession is one that does not value its own regardless of gender, race, etc. We have somehow become content with incredibly low pay across the board, poor or no healthcare coverage, long hours, hard and sometimes free work with little reward. Women who want to have children and are not respected or valued enough by their workplace are likely to leave for something that they perceive as being more rewarding (and are probably right). This is why we are seeing a drop in the number of women in the industry. - jf

Academia needs to step up and be more forthright about the barriers that kept women from practicing architecture for so long, and the continuing sexism that prevented female architects from being taken seriously (particularly in the 20th century). One of my biggest disappointments in my educational experience is the fact that this was not once acknowledged in a whole year of history courses. Furthermore, our options for case studies almost never include works by female architects... Addressing this in academia is one way to make sure that everyone in the next generation of architects entering the field understands this reality, because there is an appalling lack of awareness at the moment. - McKenzie Baird via Facebook

You need to start younger, with earlier schools. As adults these things are obvious, but, as kids, we only know what we see & hear around us. - Melanie Stone Perry via Facebook

Looking Forward to a Brighter Tomorrow

With all of that said, however, some readers wanted to emphasize that we’ve already made fantastic strides in terms of improving gender equality, and it certainly seems like we will continue to do so.

As a female architect things have improved since I started out with regards to sexism. Site huts used to display numerous pictures of naked ladies, some sites didn't even have female toilets, I had my boss spank me on the derriere and got told once that I had got the job because I scored higher out of ten on looks, compared to the other woman. These days it's a lot better. Modern professional men tend to be so much more respectful. It's just the dinosaurs at the top that are still an issue but gradually they are all retiring. - Lynne Howat via Facebook

Women are encouraged to study architecture but in the professional field they are not seen as competent as men. I mean clients don’t seem to prefer women. Though this view is changing with the world. Women are getting chances more than the past. Let’s hope for the best. - Shihab Mohammad Shibly via Facebook

NewsArticlesAD DiscussionWomen Architects
Cite: Rory Stott. "How To Eliminate Gender Disparity in Architecture, According to Our Readers" 18 Apr 2016. ArchDaily. Accessed . <https://www.archdaily.com/785729/how-to-eliminate-gender-disparity-in-architecture-according-to-our-readers> ISSN 0719-8884
Save 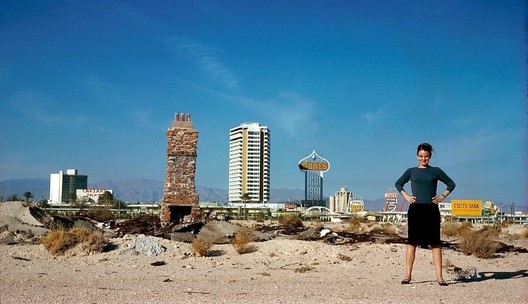