Matthew Simmonds, an art historian and architectural stone carver based in Copenhagen, is known as the creator of exceptionally beautiful miniature spaces hewn from stone – a number of which have been previously featured on ArchDaily. Drawing on the formal language and philosophy of architecture, his work "explores themes of positive and negative form, the significance of light and darkness and the relationship between nature and human endeavour." Here he shares four recent projects: Ringrone (Faxe Limestone, 2016, 61cm tall), Corona (Faxe Limestone, 2016, 30cm tall), Ararat: Study II (Faxe Limestone, 2016, 20cm tall), and Tetraconch (Limestone, 2015, 31cm tall). 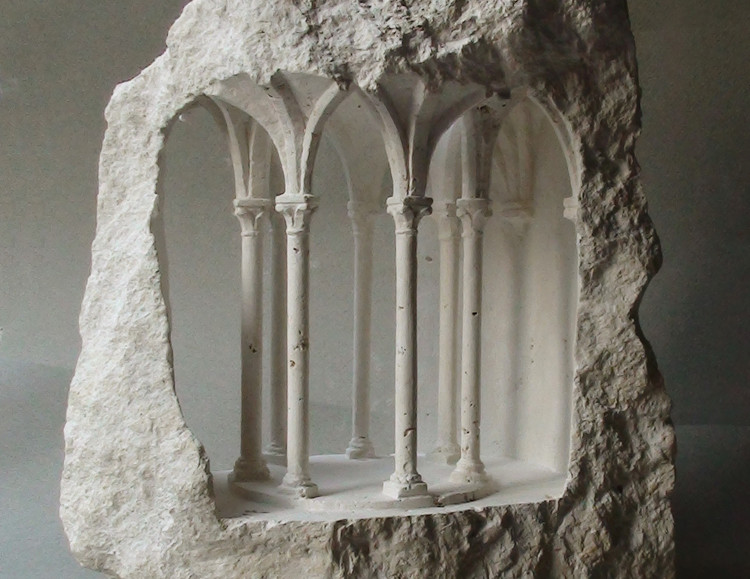 It is always a challenge to visualise how a piece will look before starting, particularly as I am working with natural boulders in which the sculpture is defined by the interaction between the worked surfaces and the natural form of the rock.

How do you select the spaces that you will carve?

Most of the spaces I carve in my sculptures are not actual existing buildings. The exceptions are the elevations of real buildings in my “Elevation” series. When deciding which architectural style to be influenced by, a certain type of stone may suggest a certain style. For example, marble is suited to Classical Greek or Roman, limestone to Romanesque or Gothic.

Also, the form of a stone can influence the structural space I want to create, and this can suggest a particular type of historical building, as with Chapter House III. Generally though, at the beginning of the process I am thinking more about the volumes I want to create than the architectural detailing. After removing the first bulk of stone I can often see things more clearly and make a decision about how to proceed.

What are the biggest challenges that arise when completing these pieces?

Carving into small internal spaces is obviously very challenging, and has necessitated developing specialised techniques and carving tools. Also, carving internal spaces means that in a way I am working with space more than with solid stone. This can be confusing when it comes to the process of removing stone, and there is a high risk of making a mistake. It is always a challenge to visualise how a piece will look before starting, particularly as I am working with natural boulders in which the sculpture is defined by the interaction between the worked surfaces and the natural form of the rock.

Simmonds graduated in the History of Art from the University of East Anglia in 1984, specialising in the art and architecture of the medieval period. After working for several years as an illustrator, he then studied architectural stone carving at Weymouth technical college. Having worked on the restoration of several major English national monuments, including Westminster Abbey and the cathedrals of Salisbury and Ely, he moved to Pietrasanta in 1997 where he learnt skills allowing him to specialise in fine classical ornament in marble. He gained his first recognition as a sculptor in 1999, after winning first prize at the second international sculpture symposium of Verona.

You can see more of Matthew Simmonds' work here. 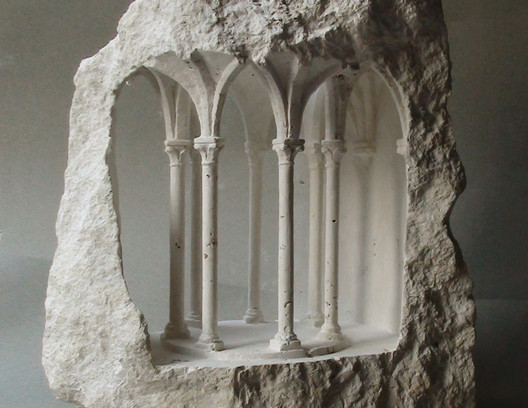