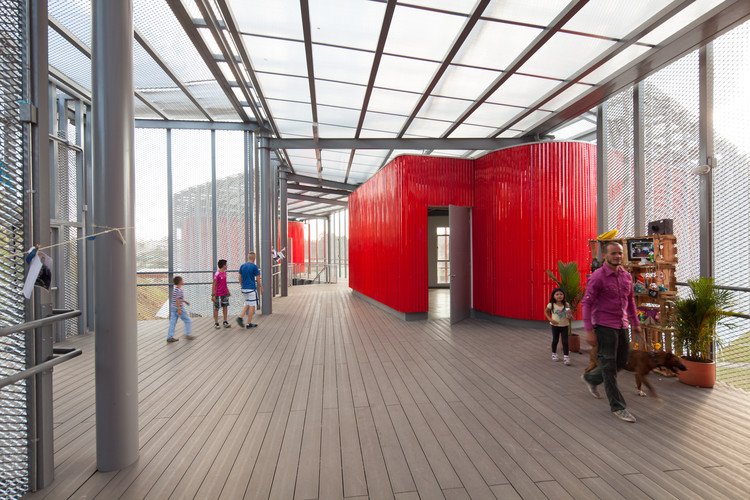 Text description provided by the architects. As well as the general form the materiality of the Marinilla Educational Park is perhaps what at first sight stands out the most because of the aluminum mesh that covers up all the building. The facades and the inferior and superior planes are solved with prefabricated panels of expanded mesh that are attached to the main structure of the building, making the assembly process quite simple.

On the other hand, because its configuration is half-opened, the mesh works like the mechanism of permeable enclosure that - acting as the element that protects from the outside - it allows the building to have natural ventilation. In addition, due to the situation of the building, the mesh makes possible for users to take greater advantage of the view and to have contact with the nature that surrounds it and the activities of the outside.

A wood plastic composite (WPC) decking was used for the interior floor to make the place warmer and cozy without breaking with the tonality of the set. On the contrary, with the use of the red covering of the outer faces of the classrooms it was longed to emphasize these points within the great space that is the building; to emphasize the activity nodes.

The structure is another essential aspect of the formal project, because although it is conceived like an exposed skeleton, it manages to be present without being invasive; not only a question of chromatic uniformity but of harmony between the skin and its frame.

Finally it is worth to mention the “vegetation” component, for which a system of creepers is intended to raise along the perimeter of the building, adding vitality and color to the place as they grow. Besides the idea is that this it generates appropriation on the part of the users, who will be able to take care of and to interact with the flowers. 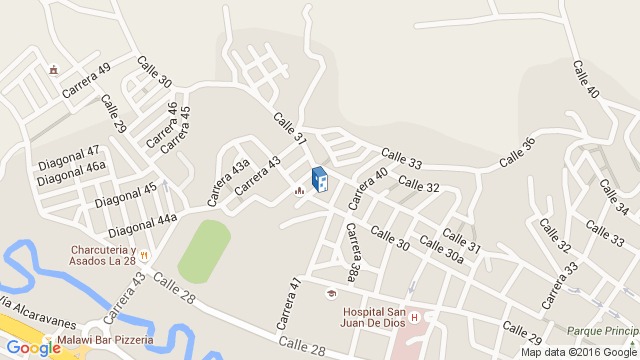 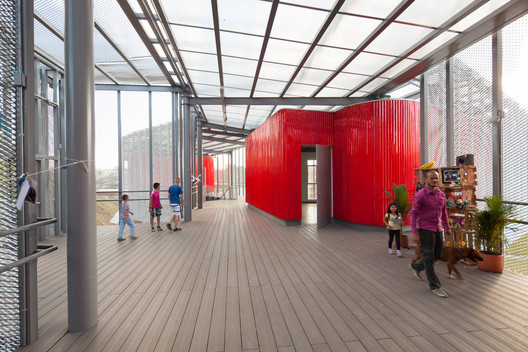