Blank Space has announced three winners and ten honorable mentions in their third Fairy Tales Competition. This year's contest drew entries from more than 1,500 participants from 67 countries. Everyone from students to academics and notable studios and designers submitted detailed stories and beautiful visuals for their submissions. The winners were chosen by an interdisciplinary jury of distinguished judges including Hans-Ulrich Obrist, Co-Director of the Serpentine Galleries; Elizabeth Diller, founding partner at Diller Scofidio + Renfro, and ArchDaily’s own Becky Quintal, Executive Editor; and David Basulto, Founder and Editor in Chief.

The winning entries, honorable mentions, and other noteworthy submissions will be featured in the third volume of Fairy Tales: When Architecture Tells a Story which is set to be released in July and can be purchased, here. The cover was designed by Spanish artist Vincente Garcia-Morillo.

Read about the jury’s selections after the break.

The Seattle-based firm founded in 1966 and winner of the 2009 National AIA Architecture Firm Award, received first place for their story, “Welcome to the 5th Façade.” Their story takes the reader into a future that is similar to our present world, yet filled with new challenges and opportunities. Principal at Olson Kundig, Alan Maskin said, “Our Fairy Tales 2016 submittal became a tangential detour from Olson Kundig's ongoing investigation into urban rooftops, the largely neglected uppermost layer of cities. The idea of applying a narrative filter ­to both built and conceptual projects ­became another way to look at and critique design ideas. 'Welcome To The 5th Facade' used science fiction as it is traditionally used ­as a modality to visualize and imagine a particular future in terms of both the pitfalls and the potential.”

Using satire to address the effect of recent events on park space, public policy, and the public domain as a whole, this narrative, according to the author, is “the product of a personal encounter with the urban space and political climate of contemporary Paris, and was triggered by the recent heartbreaking events that took place in the city. The Parisian municipal obsession with governing and ordering life in the public domain gave birth to a series of regulations regarding preservation, maintenance and security. Some of these rules, such as the Second Empire requirement to close public parks at nightfall, date back to the nineteenth century. Through a satirical reworking of the master plan for the new Clichy Batignolles district, 'Parisian Lullaby' raises the question of the relevance of these anachronistic municipal regulations in contemporary Paris. It opens a Pandora’s box of cultural critique that unleashes fundamental interrogations related to space and identity, freedom, prejudice, cultural dogma and hypocrisy.”

This narrative imagines how architecture may be created in a “literal no-man’s-land.” Logendrarajah explained, “The spark behind the story was inspired by an anime I used to watch back in the day called Black Lagoon that was based on a fictitious island neighboring Thailand. The island was home to many of the world's outcasts, ranging from pirates to deserting soldiers from the Vietnam War. I honed the idea of a place of refuge and expanded it to include a place that escapes the eye of any government, where one can practice their full liberties as they seem fit. I wanted architecture to respond to this social structure and I spawned a scenario that touches upon some of the similar issues that we face today. How we claim that a land is ours, who's allowed to be apart of it, and who was here first were all questions I wanted people to think about deeply about.

On the Road - Kostis Ktistakis

Correction Update: This article has been amended to correct a typo on the founding date of Olson Kundig. The firm was founded in 1966, not 1996 as previously published. 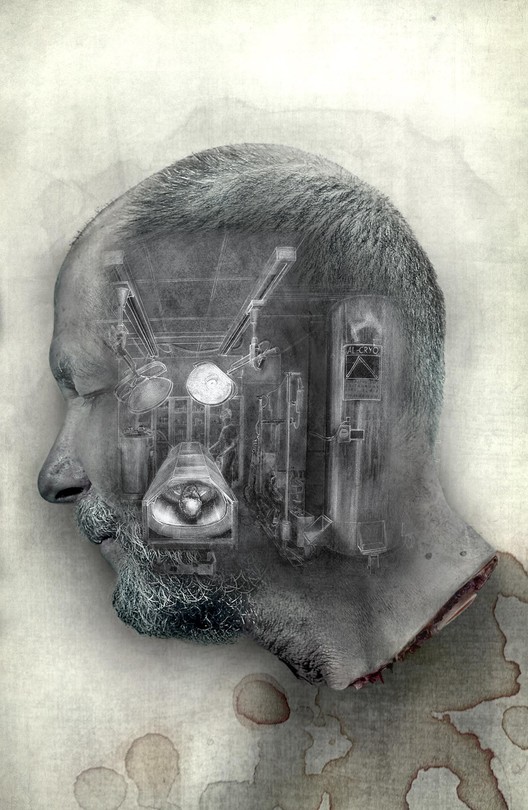