The Woman Architect of the Year 2016 shortlist:

Bilbao’s low-income and climate appropriate housing in Mexico demonstrated exceptional design in its solution to the country’s housing crisis.

Sejima has been shortlisted for her Pritzker award winning studio’s exceptional design across projects, and particularly in the 2015 sinuous cultural centre The River, nestled in the rolling Grace Farms landscape.

Catling’s extraordinary wedge-shaped Flint House was in 2015 named the best new house in the UK by RIBA for its celebration of location, material and architectural design at its best.

Burnazzi is driven by a passion for architecture as a creative act, including a striking community centre, dedicated to three young victims of the L’Aquila earthquake.

Etchegaray has worked extensively in architecture and local heritage, with her impressive 2015 Guanajuato Building preserving the façade of traditional colonial houses whilst integrating contemporary private courtyards.

Gipp’s iconic works blend architectural and sculptural expression and include the award-winning Kivik Art Centre and the inventor’s studio The Cathedral.

Across projects and in her work with NGOs, Heringer’s sustainable architecture makes use of traditional materials of the area and introduces new approaches for efficiency and structural integrity.

Working at the intersection of architecture, culture and pop and with an emphasis on collaboration, Design, Bitches’ work strikingly reshapes America’s staple food joints.

Hollmén’s architectural focus on environmental and aesthetic sustainability led to the group’s 2007 founded NGO Ukumbi, which offers architectural services for communities in need.

Zawistowski works at the intersection of practice, education and service to expand the role of architects in society through community development projects.

Zhang founded waa in Beijing at the age of 28 with a focus on art-culture related projects. In 2015 waa completed the contemporary museum MOCA Yinchuan.

The winners will be announced in early March. 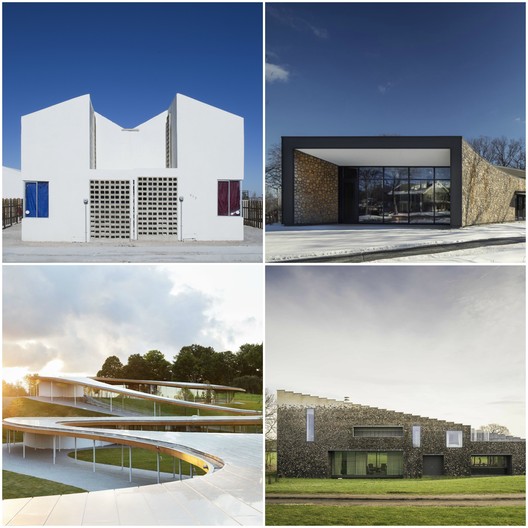