Text description provided by the architects. Held over seven days and visited by over 350,000 people, Fleadh Cheoil na h Éireann is the world’s largest traditional Irish music festival, and was hosted in Sligo, Ireland during the 2015 version. NósWorkshop was invited to build a temporary stage for the festival, sheltering performances and providing a giant notice board to promote the festival events.

Built to the proportion of Sligo’s imposing Town Hall, the stage catches the eyes of pedestrians on the nearby streets, drawing them to the festival.

The design was made for quick construction, without compromising existing facilities. By positioning the performance area in front of the Town Hall, its façade was used as a backdrop.

The appearance of the repeating trusses was inspired by the rhythm of an accordion, as well as mimicking the rhythm of the Town Hall elevation, particularily the solid/void character of the window pattern. The trusses sought to create the sense of attic spaces “where memories and histories are stored” by following the language of a roof structure.

“As with traditional Irish music which is still mainly based on tunes, dances and songs been passed down through generations, our stage is to shelter, however fleetingly, some new traditions and new tunes to be remembered and hopefully passed on," write the architects. 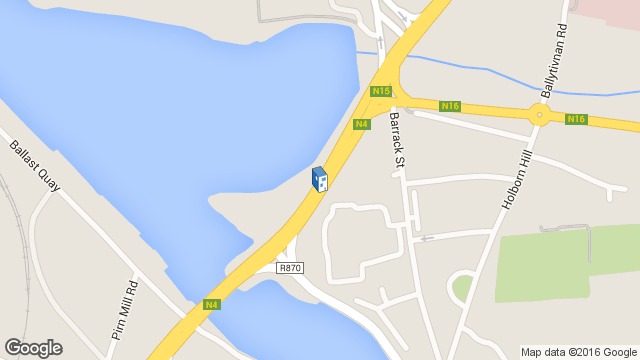