Save
Winners of the 2016 Building of the Year Awards

After two weeks of nominations and voting, we are pleased to present the winners of the 2016 ArchDaily Building of the Year Awards. As a peer-based, crowdsourced architecture award, the results shown here represent the collective intelligence of 55,000 voters, filtering the best architecture from over 3,000 projects featured on ArchDaily during the past year.

As is so often the case with the Building of the Year award, the list of winners represents great diversity. It features two Pritzker Prize winners, Renzo Piano and Herzog & de Meuron (the first practice to ever receive two Building of the Year awards in the same year), but also small, young practices such as Tim Greatrex and Elisabete de Oliveira Saldanha. The buildings which garnered these prizes also range in effect: from the tremendous poise demonstrated by projects such as NAP Architects' Ribbon Chapel and MAD's Harbin Opera House to the rustic charms of Terra e Tuma Arquitetos' Vila Matilde House or Sharon Davis Design's Partners In Health Dormitory.

By publishing them on ArchDaily, these exemplary buildings have helped us to impart inspiration and knowledge to architects around the world, furthering our mission. So to everyone who participated by either nominating or voting for a shortlisted project, thank you for being a part of this amazing process, where the voices of architects from all over the world unite to form one strong, intelligent, forward-thinking message.

And of course, congratulations to all the winners! 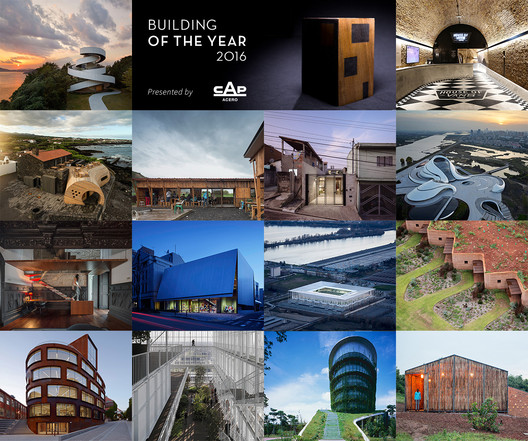